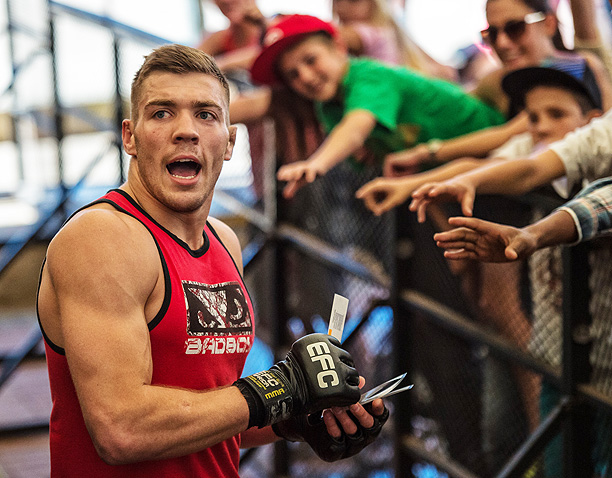 Johannesburg (South Africa) – On Saturday, August 30, Dricus ‘Stillknocks’ du Plessis not only fights for the EFC middleweight title when he takes on Garreth ‘Soldierboy’ McLellan, he will also be vying for the record of youngest EFC champion, ever.

On 1 September 2011, just seven days after his 22nd birthday, a young Demarte Pena set the record when he took the featherweight title from Leo Gloss.

This Saturday Du Plessis will enter the Hexagon at the exact age of 20 years and 228 days, his 21st birthday to be celebrated on January 14.

“To be the youngest champion is very important to me,” said Du Plessis. “I don’t only want to be a champion, I want to be a great one.”

It is well known that Du Plessis believes the belt is his destiny, and has put his mind to achieving it in five fights. It is also a fact that Du Plessis knows what it takes to win, even at a young age.

He took the WAKO K1 world title against a senior at the age of 18, something his coaches told him was impossible to achieve, and has not yet been defeated in any martial arts bout.

For Du Plessis, his chance at greatness comes on Saturday night.