Tickets on sale next week! 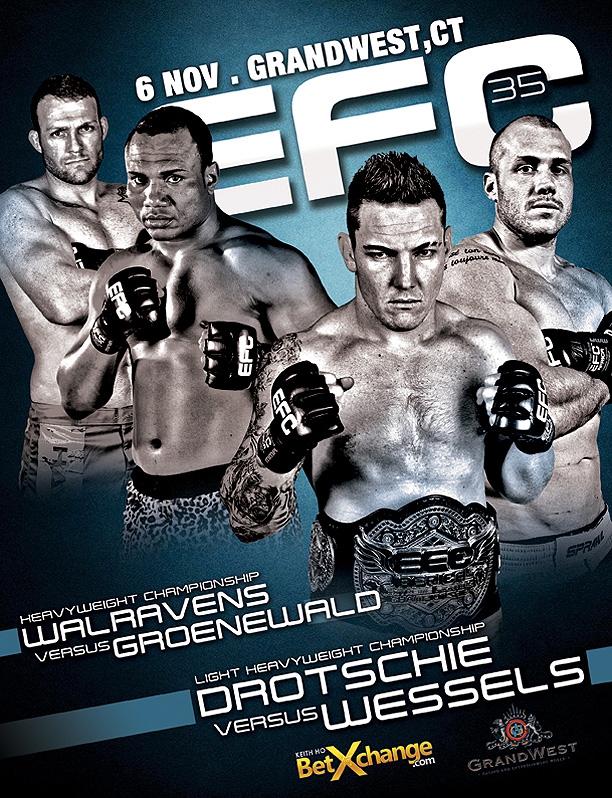 Johannesburg (South Africa) – Cape Town’s MMA juggernaut and undefeated light heavyweight champion Gideon Drotschie faces his biggest challenge yet as he puts his title on the line against the former heavyweight champion Norman Wessels. The match-up that was postponed by injury and fueled by emotion will finally be settled on the champions home turf. Both fighters will be looking for nothing less than total annihilation in this highly charged battle of behemoths.

One of the world’s baddest men, Chirstophe Walravens, coming off a six month suspension handed to him by event officials will go head-to-head with number one contender Brendon Groenewald for the vacant EFC heavyweight title.

12 action packed bouts in one night.

Tickets on sale next week through Computicket.