When Opportunity Knocks, Take It 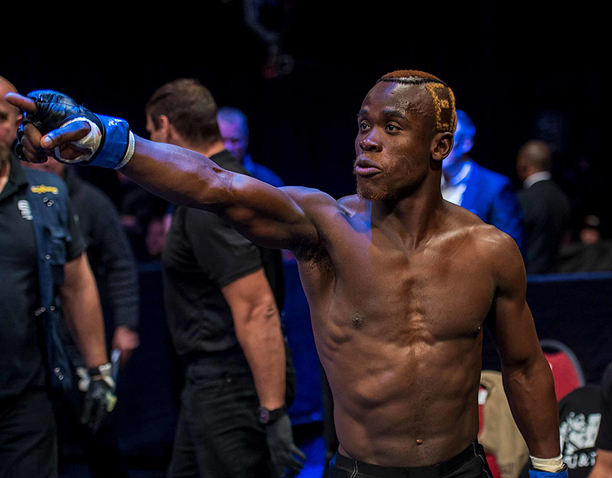 Johannesburg (South Africa) It was just over a year ago when Sibusisu ‘The Monster’ Mdoko made his EFC debut.

On a weeks notice, he stepped in to face Hexagon veteran Alex Cheboub in what turned out to be a three round war that Mdoko lost by a close majority decision. An exhausted and visibly drained Cheboub walked out of the Hexagon, straight to EFC Matchmaker Graeme Cartmell and simply said: “Where the f@#k did you find that guy!”

Since his stand-in debut bout, Mdoko has gone on to finish all his opponents including a previous title contender. His next three bouts were all won via TKO in a very dominant fashion.

On 2 October Mdoko will face his biggest challenge yet, the current EFC lightweight champion, Leon Mynhardt. A world-class kickboxer with one punch KO ability and one of the toughest chins in the world, Mynhardt has defended his title once, and this time after a six-month layoff due to injury, he feels even stronger.

“I knew this fight was coming, but did not know it was going to be on such short notice,” said Mdoko in an interview yesterday evening. “There was no option, I was training for another big fight anyway. This is a title fight, I had to take it!”

When asked about his opponent he said, “I have a lot of respect for Leon. I can’t take anything away from him, he is a great fighter. I have been watching him for a long time; he used to be my hero when it comes to K1!” Mdoko continued “but this time he is coming up against ‘The Monster’. I am going up there to trade with him; he must expect a very tough opponent and a tough fight. I am taking that belt home to Cape Town.”

“For me to fight for the EFC title means a lot. This is my life and this is what I have been working for, for a long time,” he revealed. “Now the opportunity has come for me to take my shot. This fight is not just for me. This is for my family, my brother, my sister, all the people at Panther and the fans. I am not going there alone!”

EFC 34, presented by BetXchange.com, takes place on Thursday 2 October 2014 at Carnival City, Johannesburg. Tickets on sale at www.computicket.com. Book your cinema ticket to all fights live and in HD at www.sterkinekor.com. Watch the entire event live, from anywhere on the globe, via online streaming at efcworldwide.com/efc_africa_404.php. efcworldwide.com/efc_africa_404.php.