The Truck Is In, Opie’s EFC Career Is Over 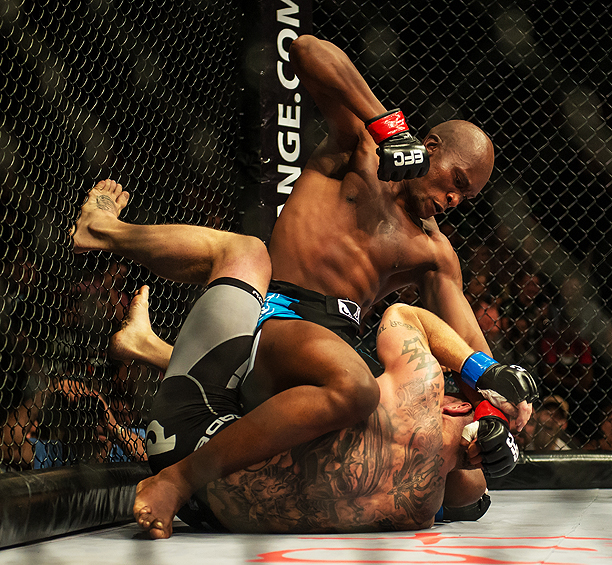 Johannesburg (South Africa) – Tumelo Maphutha, one of the organisations top ranked light heavyweights, puts his future title shot on the line as he steps in last minute to face the stand-up specialist Pete Motaung at EFC 34 on Thursday. Motaung was set to face Fraser Opie, however it was announced this morning that the U.K. based athlete pulled out of the fight sighting controversial reasons.

After arranged flights for the overseas athlete were organised with a short two hour stop over in Abu Dhabi, it’s said that ‘The Omen’ called in refusing to fly with a stop over and would only fly direct. A flight that would cost EFC an estimated further R40,000 on top of what was already spent for the already arranged flights to make it happen.

EFC asked for him to reconsider his request but Fraser Opie was adamant on only flying directly to South Africa without a stop over, or he wasn’t going to be coming at all. The EFC made the decision for him cancelling his main card fight and his contract.

“It would have cost EFC over R40,000 extra to book Opie and his corner direct flights (without a stop-over), which obviously we did not agree to. We would rather spend that money paying athletes over wasting it on unnecessary travel costs. It is completely ridiculous that Opie chose to pull out of the fight. I don’t actually believe that a two hour stop-over is the real reason, it makes no sense at all. He must have known that we wouldn’t accept wasting so much money on flights and that we would replace him. I think that he was just scared of loosing again, already running two consecutive losses, and used this as an excuse to get out of the fight. Motaung is a beast, and I think that Opie used this pathetic excuse to duck him. Either way, it is unacceptable, and EFC will never waste time or money on Opie again.” – EFC Worldwide President, Cairo Howarth

EFC 34: Mynhardt vs Mdoko, Pena vs Groenewald is presented by BetXchange.com, and takes place on Thursday 2 October 2014 at Carnival City, Johannesburg. Tickets on sale at www.computicket.com. Book your cinema ticket to all fights live and in HD at www.sterkinekor.com. Watch the entire event live, from anywhere on the globe, via online streaming at efcafrica.tv.