Hassan Lashes Out At Sayed 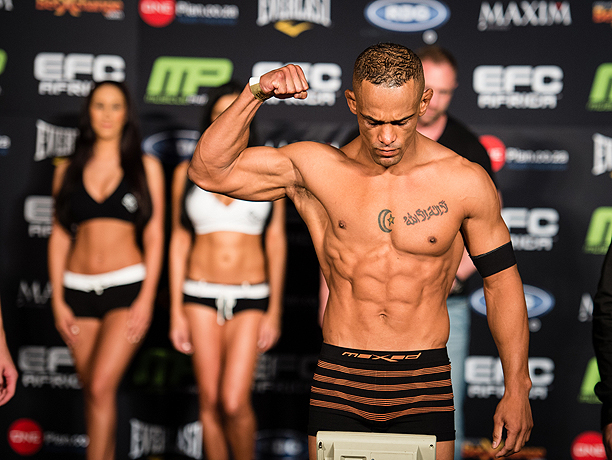 Johannesburg (South Africa) – Abdul ‘Hollywood’ Hassan is one of the most experienced active South African MMA athletes. He has been competing since the beginning of organised MMA in Africa.

At EFC 35 he faces the world Muay Thai champion Irshaad ‘White Tiger’ Sayed in front of his family and friends in Cape Town. This will be one of his biggest challenges to date, to face a high level pedigree striker with submission and wrestling skills to boot. This fact however, has not slowed Hassan down from his typical animated trash talk.

“Preparation for this fight has gone very well,” Hassan said in an interview this morning. “I am on track with my weight cut and in a really good space at the moment,” he continued.

“I am going to win this fight,” he stated coldly. “A win over ‘Tamil Tiger’ is a step closer towards me challenging for the bantamweight belt,” he added.

When asked if he has anything to say to Sayed, he simply replied, “eat shit!”

Will Hassan’s massive amounts of experience and submission skills be enough to hunt the ‘White Tiger’?