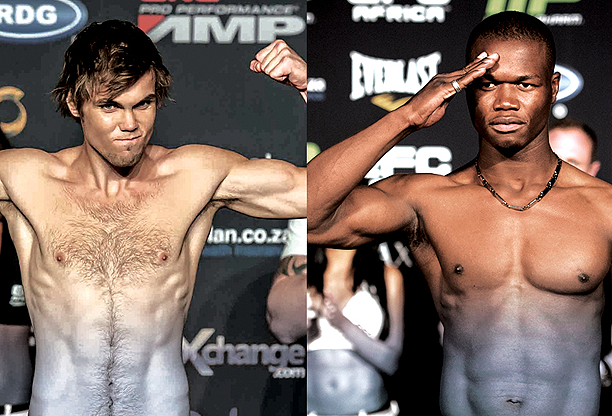 Johannesburg (South Africa) – November 6th will see Cape Town’s sons Shaun de Lange and Bruno ‘The Major’ Mukulu do battle on the main card in The Mother City. Tensions have been mounting between these two since the fight was announced, with taunts being thrown back and forth on twitter.

There is one man who can give the best insight on how this fight will go down. He has drawn with Mukulu and lost a close points decision against de Lange. That man is none other than fan favourite, Gordon ‘Rage’ Roodman.

“First off, this is going to be a massive fight with both boys from Cape Town and the fight is happening in Cape Town;” Roodman stated. “I am super excited to see how this one goes down,” he added.

“The way I see it is Shaun needs to keep it standing, as he has the reach advantage,” Roodman said. “However, I feel Bruno might be too strong for Shaun on the ground and that is where the fight will be won or lost,” he continued.

Roodman finished off with saying, “all I know for certain is that this will be an epic fight and I will be watching closely”.