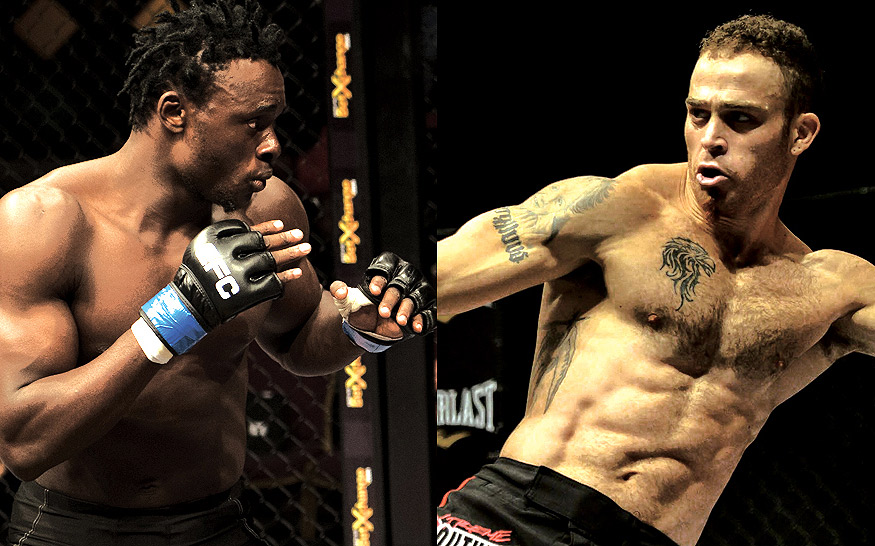 Johannesburg (South Africa) – Pupanga ‘Chilli Boy’ Tresor is a powerfully skilled welterweight who is yet put a ‘win’ next to his name after two consecutive losses against strong opponents. Now he has the chance for retribution in more than one way when he faces Cape Town’s Marcel ‘Little Hammer’ Teniers at EFC 35.

Tresor was denied his last outing, by EFC doctors, against Sydney Mokgolo when he contracted acute pneumonia the night of weigh-in. Now he has the chance to prove that he belongs in EFC.

His opponent Marcel Teniers is a fellow Cape Tonian. Teniers was rising up the ranks, in what has been described as the most talent rich division, until he came across the current Welterweight title contender David Buirski, the fight ended by Referee stoppage in the first, the tough as nails campaigner Teniers still feels this was an early call and he wants back into the Hexagon.

What is not common knowledge is that these two have faced each other prior. Several years ago Teniers won a close point decision war in an amateur bout. This is Tresor’s chance to avenge that decision against Teniers. However, Teniers is never an opponent to be scoffed at and will want to prove that his loss to Buirski was the exception.