Smiling Down The Barrel Of A ‘BB Gun’ 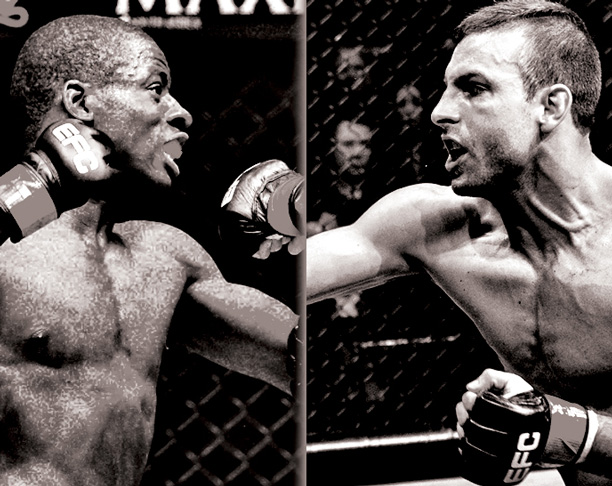 Kabesa is on a three fight win streak and has moved into the upper echelon of the lightweight division. In each of his bouts he has showcased his world class wrestling, maintaining a brilliant control over his opponents. However, he is not your average wrestler, just looking to lay and pray. He has finished his last two fights in the second round. One by submission and one by TKO. He has all the skills to take him to the top of the division.

His opponent, Barend Nienaber is a former number one contender in the featherweight division. His only loss was in the highly competitive bout against Boyd Allen. In every bout he has shown his Muay Thai prowess as well as brilliant timing in his take downs. Nienaber has decided to do the unconventional, and move up to lightweight, where he claims to be more comfortable and competitive.

Will the extra weight make Nienaber stronger and capable or will Kabesa’s wrestling prove too much for him?