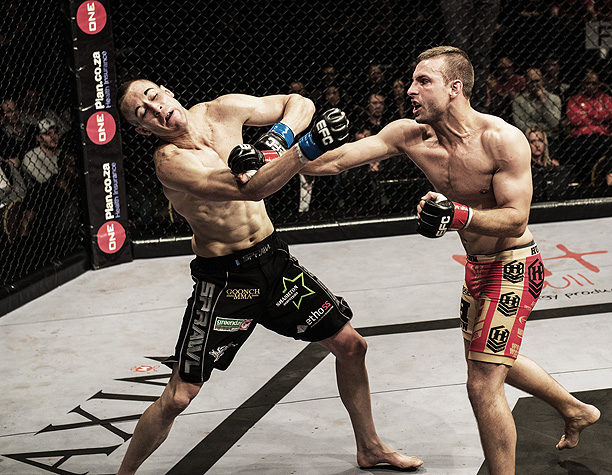 Not perturbed by Kabesa’s sentiments, Nienaber had some words of his own for his upcoming opponent. “I never thought you were good before you moved to FFM,” stated Nienaber in an interview this morning.

“I doubt he will stand and trade with me,” responded Nienaber to Kabesa’s statement.

“I am ready for his take down attempts,” quipped Nienaber. “But he won’t be ready for my counters,” he concluded.

Who will walk away the victor, the young and hungry wrestler or the experienced Muay Thai fighter?