Bring Your ‘A’ Game Barend 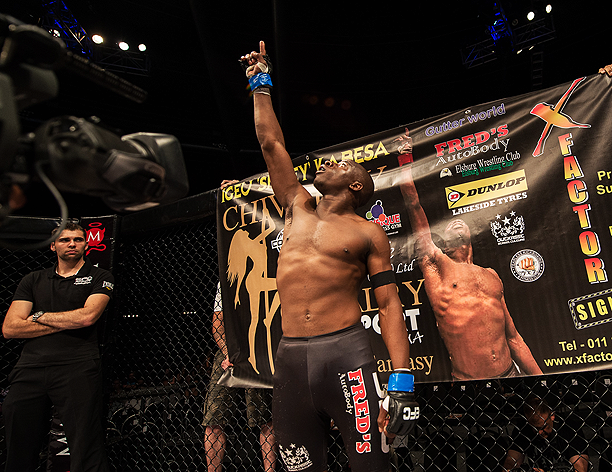 Johannesburg (South Africa) – Riding a three fight win streak Igeu ‘Smiley’ Kabesa has been making waves in the lightweight division. He will be facing his biggest challenge yet when he steps in the Hexagon at EFC 36, opposite former featherweight title contender Barend ‘BB Gun’ Nienaber on 11 December.

Always smiling and outwardly confident Kabesa is in a positive space ahead of his bout with Nienaber, showing no cracks in his armour. “Very chilled,” Kabesa responded about how he is feeling ahead of his main card bout.

“Well I have been wrestling since the age of eight; if he wants to wrestle, I don’t mind. He should know that I am unbeaten in wrestling for seven years,” Kabesa quipped. “He should rather try standing with me. Not that he has a chance.”

“Barend, you better bring your ‘A’ game, because I am the real deal,” declared Kabesa. “Everyone knows I am at FFM now, so if you thought I was good before, I just got a whole lot better!”

Kabesa concluded his interview with a message for his fans, “Come and see the new and improved ‘Smiley’ in December at the Coca-Cola Dome”

Kabesa is young and super hungry for success in the lightweight division, but how will he fare against the high level of experience of Nienaber?