All Eyes On Allen And Groth 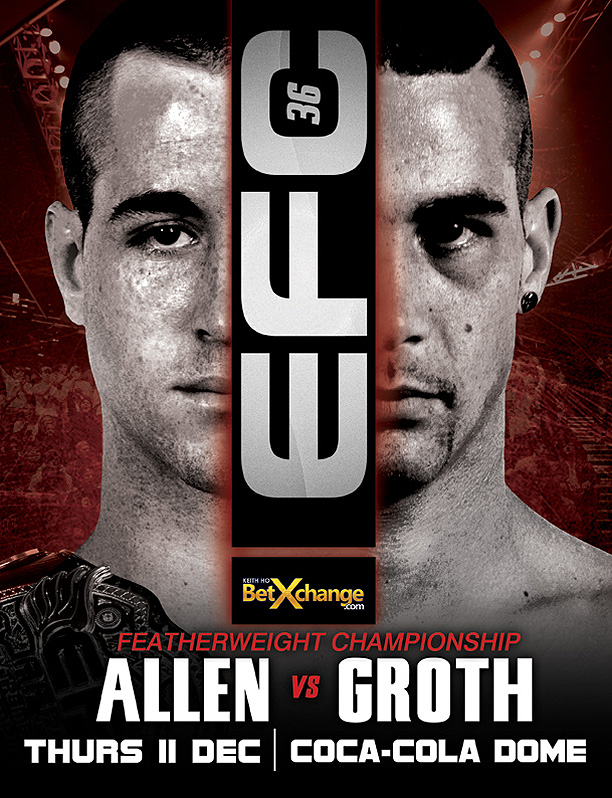 Cape Town (South Africa) – It was announced on Wednesday 5 November via Twitter that welterweight champion Adam Speechly had been injured in training and full details would follow after the weekend.

Speechly is suffering from an intercostal tear. He has since been forced to withdraw from his December title defence against David Buirski. After much deliberation, EFC Matchmaker Graeme Cartmell has decided to postpone the bout to February 2015.

This moves the featherweight title fight between Boyd Allen and Wade ‘Warrior’ Groth up to the main event. Allen is undefeated in EFC and this will be his first title defence since claiming the title against Barend Nienaber at EFC 32. Groth is riding a three fight win streak, two of which are at the heavier lightweight. Both are known for their exceptional striking abilities and exciting fights.