Salute to the champion 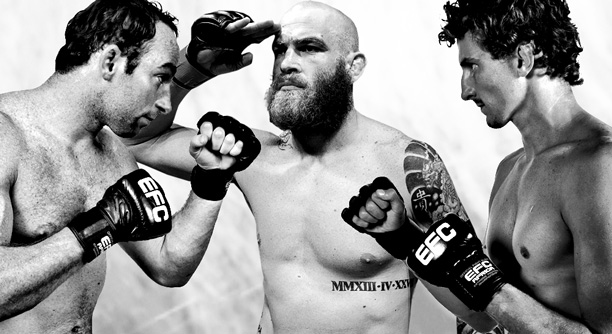 “This is a fantastic opportunity for Garreth to compete against some of the UFC’s best combatants and continue to show just how good he really is,” said EFC president Cairo Howarth. “Soldierboy is a great athlete and ambassador for the EFC and we look forward to seeing him in action in the UFC soon.”

‘Soldierboy’ has been with EFC since inception, fighting at the very first event in November 2009. He rose to fame and was crowned the first EFC middleweight champion, lost the title, then became the first athlete to regain an EFC title. McLellan has contested in 12 EFC bouts, winning all but one, and is currently on a 6 fight winning streak.

This is the second EFC athlete to be signed to the UFC this year, testament to the high calibre of athletes in the organisation. “We have many exceptional athletes fighting in EFC, some of the best in the world, and look forward to signing more to the UFC in the future,” said Howarth.

McLellan’s contract is a 6 fight deal, with his first UFC bout expected to be in March 2015, and will see him representing EFC against middleweights from across the globe.

“I am extremely humbled and grateful for this opportunity,” said McLellan. “My purpose is very clear; I am going there to win and make South Africa proud.”

McLellan will relinquish his EFC middleweight title. The division is ready for a new era with a new champion.

“I never got the opportunity to fight Opperman or Clelland, and I look forward to crossing paths with either of them in future”, said McLellan.