DAVIES TO WELCOME HARATYK IN DURBAN 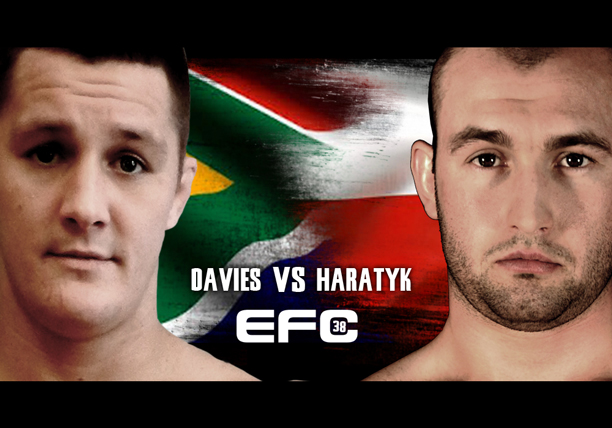 Johannesburg (South Africa) – In December last year, it was announced that Rafal Haratyk from Poland had signed with EFC in the middleweight division. Now is his awaited return to the Hexagon, Haratyk will be welcomed to SA shores by the formidable Keron ‘Skinner’ Davies.

Haratyk will debut in EFC with a professional MMA record of 4-1-2. He has proven that he is dangerous from every position boasting one TKO victory, two submissions and possesses the ability to wage war until the final bell.

His opponent Keron Davies has a notorious amateur career and brought his technical prowess and power to his debut bout at EFC 27. Sidelined due to personal reasons and opting to take a break from competing, Davies is making his grand return to the Hexagon in front of his home crowd in Durban.

Fans can expect an explosive war between these two middleweights, as they are both eager to build their careers in EFC.