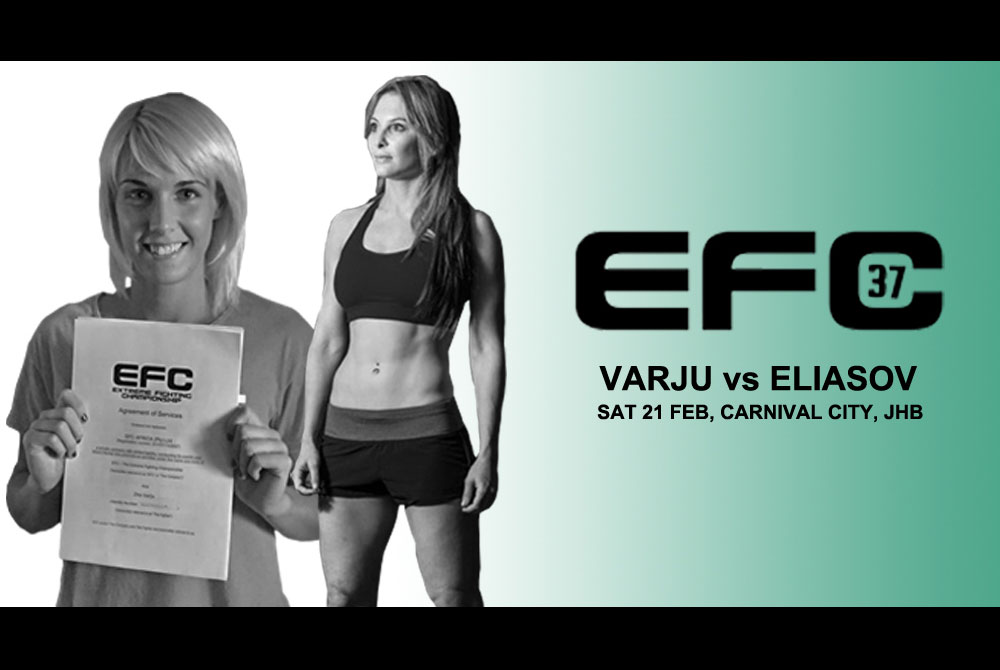 Johannesburg (South Africa) – EFC is renowned for its rapid growth and launches forward into 2015 with the opening of a women’s division, with the first bout, Varju vs. Eliasov, scheduled to take place on Saturday 21 February at EFC 37 at Carnival City.

Women’s MMA has had a massive surge in global popularity in recent years, and the organisation has now opened its doors to top female athletes from around the world.

Scheduled at flyweight, we will see Hungarian Zita Varju face-off against South African Danella Eliasov. Varju fights out of Dudas gym in Budapest and has an extensive kickboxing history. Her opponent Eliasov is one of the most highly experienced female amateur MMA athletes in South Africa and will be making her professional debut in February. Known for her brilliant grappling and submission skills, we can expect fireworks when these two enter the Hexagon.

“Finally, the women are ready to take center stage,” said EFC president Cairo Howarth. “We have been seeing huge growth in the female division around the world and we can expect to see the very same explosive fights within EFC. This inaugural women’s bout is a really exciting addition to an already massive EFC fight card featuring two highly anticipated title fights.”