GET TO KNOW DANELLA ELIASOV 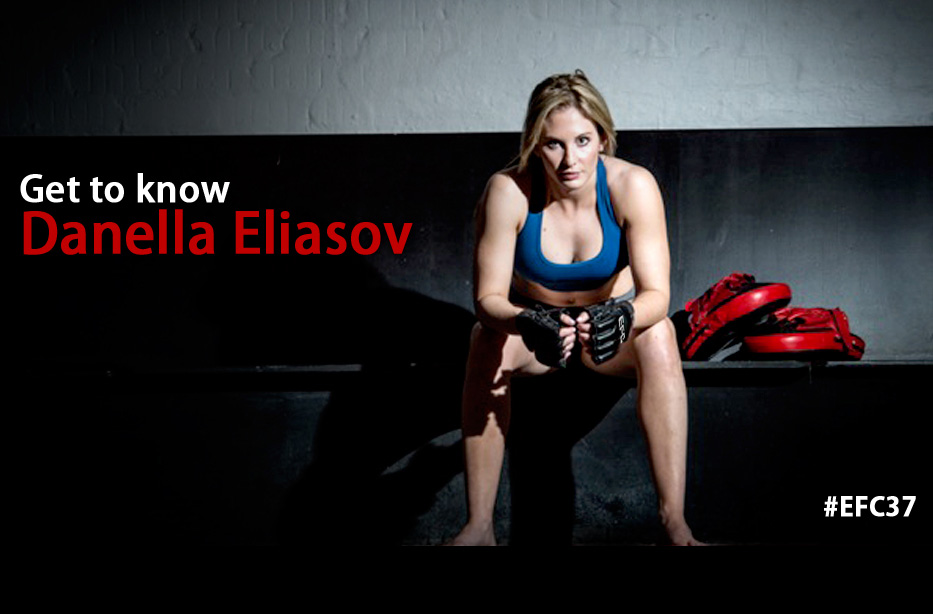 Johannesburg (South Africa) – On Thursday it was announced that EFC was opening its doors to females with the inaugural women’s EFC MMA bout taking place at EFC 37 At Carnival City.

On February 21st we will see Hungarian Zita Varju enter the Hexagon against South African Danella Eliasov in what promises to be an explosive clash of styles at flyweight.

Training out of Tapout academy in Joahnnesburg, she started boxing and Muay Thai for fun, but was then convinced to try Brazilian Jiu Jitsu in 2009. This is when she started taking her martial arts seriously and became competitive. She says she has always been a fan of MMA and had her first amateur bout fight in 2010. As testament to her skill and dedication, she has earned a purple belt in Brazilian Jiu Jitsu. “I train and compete because I love the sport,” she said. “I find it physically and mentally challenging.”

Eliasov keeps an exceptionally busy schedule, balancing training and work: “I do an early morning session before work around 6:00. Then I see patients at Baragwanath Hospital until around 16:00. I then go to my private practice where I see patients until about 18:30. I then do an evening training session straight afterwards. I usually get home around 21:00.

This is not the first time Eliasov is making history. “My first fight in 2010 was an unforgettable experience. It was a 3 round war and the first women’s MMA bout in South Africa,” she commented on her most memorable experience.

“It is an honour to finally have this opportunity,” expressed Eliasov on being the first South African female professional MMA athlete. “I am hoping to do women’s MMA proud.”

“I feel that women should be afforded equal opportunities to men in sport and MMA is a sport like any other,” stated Eliasov. “MMA is a highly technical sport which requires dedication as well physical and mental strength. These attributes are definitely not gender-specific.”

“However, it is my experience that women have not had the same opportunities as men in MMA and combat sports. Women are often not encouraged to participate in combat sports and many are intimidated by the male-dominated MMA culture.” She continued. “Fortunately, women’s MMA has become far more accepted recently and EFC’s decision to include women will undoubtedly result in the growth and development of women’s MMA,” she concluded.

“Currently I am focusing on training for and winning my first EFC fight,” stated Eliasov on her goals for the upcoming bout. “I am hoping that this will then pave the way for the development of a successful EFC women’s flyweight division.”