THE PRESIDENTIAL CAMPAIGN IS IN FULL SWING

Run with it or run from it , 21 February 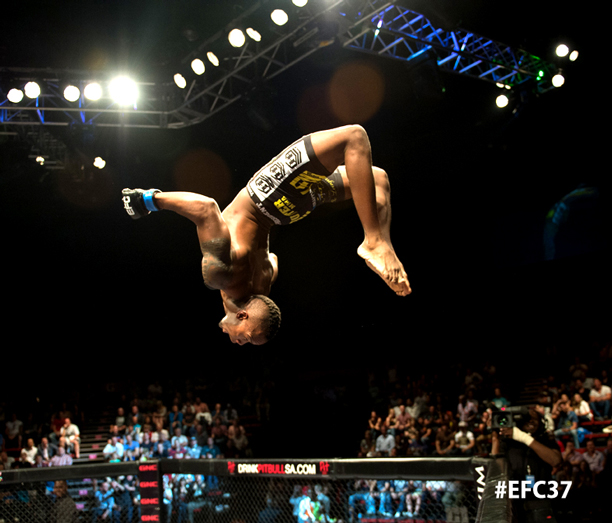 Johannesburg (South Africa) – He is on a three fight win streak and his name is Tumisang ‘The President’ Madiba. He is a man on multiple missions. One of them is to claim the featherweight belt. Another is to entertain the fans with exciting fights.

On 21 February he will face his biggest challenge yet, when he faces standout Matt Buirski in what is a massive potential for ‘Fight of the Night’ at Carnival City.

“Fight preparation has been great,” exclaimed Madiba in an interview. “I just healed from my traditional pre-fight injury, so I know the camp is going good! My strength and conditioning coach Braam Booysen has been putting me on killer training programs! We feel good and ready. Now we just need to invite Anton Geyser for a photo shoot hahaha!”

“Well I always come to fight, that is what I do,” explained Madiba. “If Matt doesn’t run around the cage like he usually does, then the fans will see a good fight!”

“I am gonna win the fight, I have to,” he explained when asked how he sees the fight going. “My mom always asks me to finish in the first round, so I can go eat. I am gonna finish him! I am going to outclass him! Whatever he does…I will be ready for it!” he concluded.

“Because I am a ninja,” he proclaimed when asked about performing summersaults after winning his EFC fights. “Because the kids in my hood ask me to do it! But more than anything, it ignites hate in some fans that think I’m cocky! And I love it!”

“The Presidential Campaign is in full swing,” stated Madiba. “Run with it or run from it!”