CINEMAS OFF: EFC 37 NOT AVAILABLE AT STER-KINEKOR 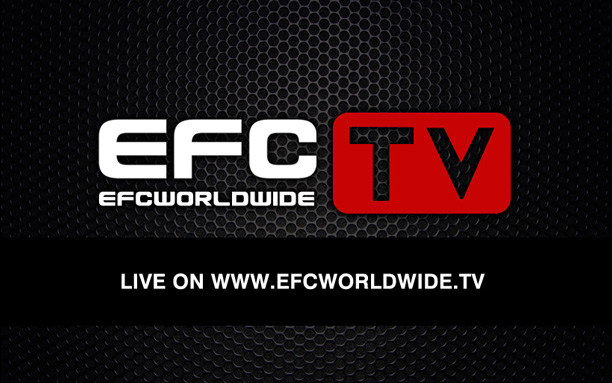 Johannesburg (South Africa) – Unfortunately EFC 37 will not be broadcast live at Ster-Kinekor cinemas this Saturday. The full event can be watched live via online streaming at efcworldwide.tv

When it was announced that all but one event in 2015 would be hosted on Saturday nights instead of Thursday nights, EFC suspected that there may be a problem with the cinema broadcast but was hoping that it would still go ahead. Unfortunately it has been confirmed that Ster-Kinekor is unable to broadcast EFC 37 live this Saturday.

“We knew there could be an issue with EFC broadcasts on Saturdays, but were working to resolve this,” stated EFC president Cairo Howarth. “We have just had confirmation from Ster-Kinekor that they will not be broadcasting EFC 37. We are hoping to have EFC live in cinemas for the next event.”

Great news is that all 12 of the bouts on EFC 37 this Saturday will still be broadcast online, so if you want to watch the undercard, including the historic first female fight plus heavyweights Ricky Misholas take on Frenchman Cyril Asker, they are available in HD live streaming via www.efcworldwide.tv .

Do not miss a second of the action from EFC 37 this Saturday brought to you live in the comfort of your own home by BetXchange.com.