EFC 37’S DON MADGE: ‘I SHOULD HAVE NEVER LOST THE BELT’

Combat Press interviews Madge ahead of his trilogy with Mynhardt 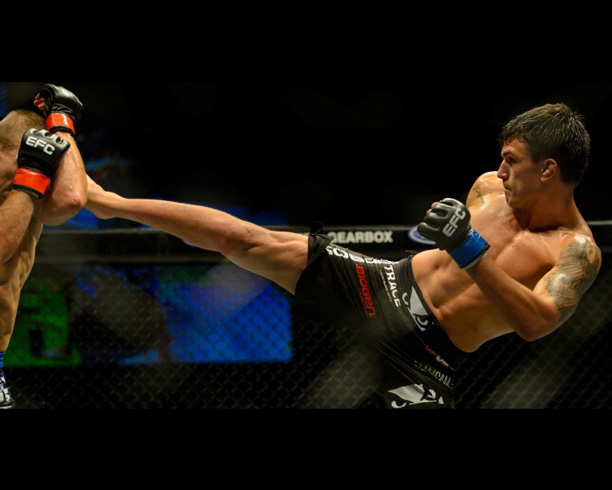 Johannesburg (South Africa) – Combat Press releases an in-depth interview with Don ‘Magic Man’ Madge ahead of his highly anticipated trilogy bout against Leon ‘Iron Lion’ Mynhardt in which he will try to reclaim the EFC lightweight title. Written by Neil Rooke.

The pair last met over a year ago. Since then, Madge has been working on the areas of his game that he felt would take him to the next level. He has been working inexhaustibly, doing whatever he needs to do in order to be prepared to defeat Mynhardt. Once these two meet inside the Hex for the third and what is likely to be final time, he hopes to leave no doubt as to the identity of the best lightweight fighter in Africa.

“Both of those losses were controversial, one being a technicality and the other a terrible decision,” Madge told Combat Press. “So, for me, it’s just another fight. I don’t live in the past. I live for right now, and right now I’m the best I’ve ever been.”