‘MAD DOG’ IS BAD TO THE BONE 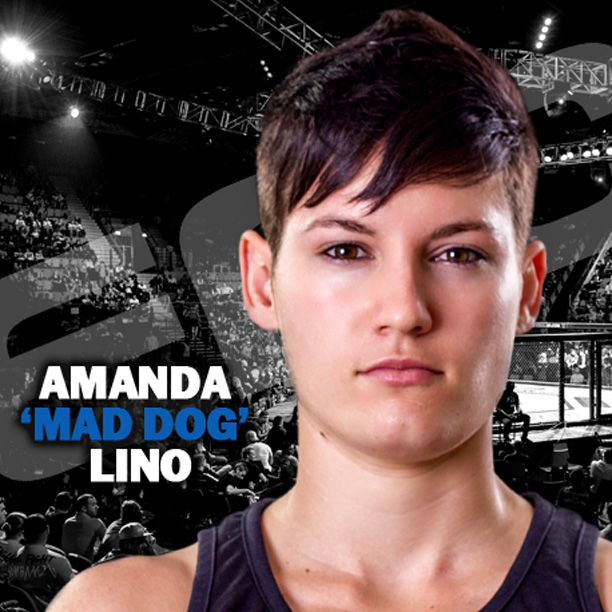 Johannesburg (South Africa) – At the EFC 37 press conference, EFC President Cairo Howarth that EFC had signed the organisation’s third female athlete and that Amanda ‘Mad Dog’ Lino would most likely be debuting at EFC 38 in Durban against a yet to be named foreign opponent.

Last year, Lino won gold at the first amateur MMA world championships and in January was awarded the Women’s Mixed Martial Arts (WMMA) Press Amateur Fighter of the Year Award. Lino is undefeated in her amateur MMA career and looks to continue her winning ways and improve on her already outstanding record as she makes her professional debut in EFC.

“I became interested in MMMA when my brother was training,” said Lino in an interview this morning. “So he introduced me to Guy Sheehan and Wendy Stuart from Ballito Bulldogs as I wanted to get fitter and learn something new. I was hooked, began competing and never looked back.

Lino currently works as a manager at a bar in Ballito, but wants to compete professionally full time. “It was difficult to view MMA as a career back then when I sarted,” stated Lino. “However, now that EFC have opened a women’s division that dream is now a reality. Every fight in my amateur career brought me one step closer and I think my record has proved that I deserve to be here,” she added.

Training out of Ballito Bulldogs, Lino has had phenomenal results as an amateur so far. “I’ve been training for just over 3 years now.” stated Lino. “My amateur record is 6-0, I was very proud to take the title of ladies world featherweight champion. It has been a short but exciting ride so far.”

“It is a huge privilege to be fighting in EFC,” exclaimed Lino. “I’m honoured to be one of the first girls in the division. It will give us the opportunity to compete with international opponents on home soil. It opens up a lot of doors for the future of women’s MMA in South Africa.”

When asked what she wants to accomplish in EFC, she went big. “My goal is to smash my way through my opponents to take and retain an EFC title,” she explained. “I want to show that women are serious MMA athletes and not just pretty faces,” she added. “My favourite fashion accessories are my MMA gloves and they do the talking! I intend to make sure that Amanda ‘Mad Dog’ Lino becomes synonymous with never to be forgotten fights in the EFC Hexagon.”

She describes her fighting style as highly focussed aggression, but welcomes fans to see for themselves and describe it. “I believe I fight with a highly focused aggression and look forward to hearing what spectators call my fight style,” she stated.

“I’m looking forward to my debut in the EFC and being an ambassador for the organisation and the women’s division,” she stated. “I have a strong support system and believe that with my sponsors, my club, my family and friends behind me I’m ready to climb into the EFC Hexagon and achieve my dream!”

Lino concluded the interview with: “I should have been the one to open the EFC women’s division and you’ll see why on April 4th at EFC 38, I don’t care who I face!”

EFC 38 is presented by BetXchange.com, returns to the Durban International Convention Centre, Durban, on Saturday 04 April 2015. Tickets on sale soon at www.computicket.com. Book your cinema ticket to all fights live and in state of the art digital projection at www.sterkinekor.com. Watch the entire event live, from anywhere on the globe, via online streaming at efcworldwide.tv