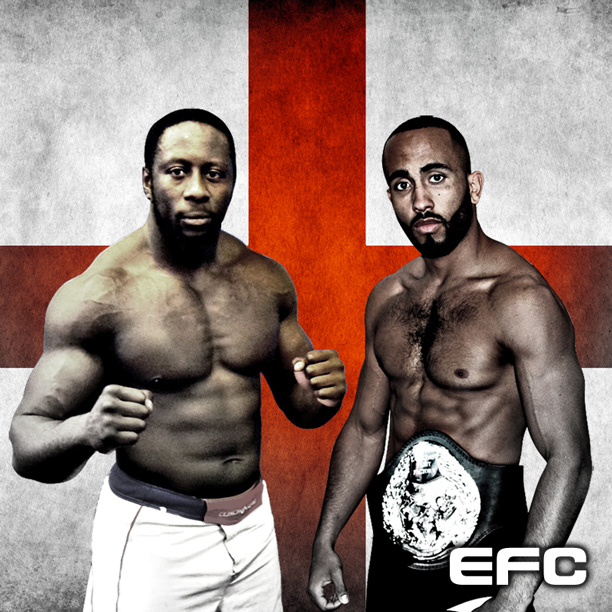 Johannesburg (South Africa) – British standouts Yannick Bahati (4-0) and Joe “Silk” Cummins (1-0) have signed with EFC. Both athletes fight out UTC gym based in Birmingham, England. Making their EFC debuts in Cape Town on May 7 at EFC 39, their opponents are still to be announced.

Bahati is a behemoth of a middleweight, with a flawless record of four wins and zero losses. Having displayed brilliant top control and wrestling in previous bouts, he has finished three of his victories by way of TKO and only one judge’s decision. Bahati has had a two year layoff due to injuries that have left him hungry from and ready to take on the EFC middleweight division. “I’m not just here to fight in EFC,” stated Bahati. “I’m here to capture the belt!”

Cummins will debut in EFC as a welterweight with a record of one win and zero losses. Originally opting to focus on helping to build his gym and help his team mates achieve their goals, he has finally decided it was time to step up to compete. While he might not have a large experience in action, he has been a stalwart in his team’s success to date. Cummins’ win was via a rear naked choke in the first round and is known for his expertise in every aspect of MMA. “I am MMA all the way through, so I got everything,” stated Cummins