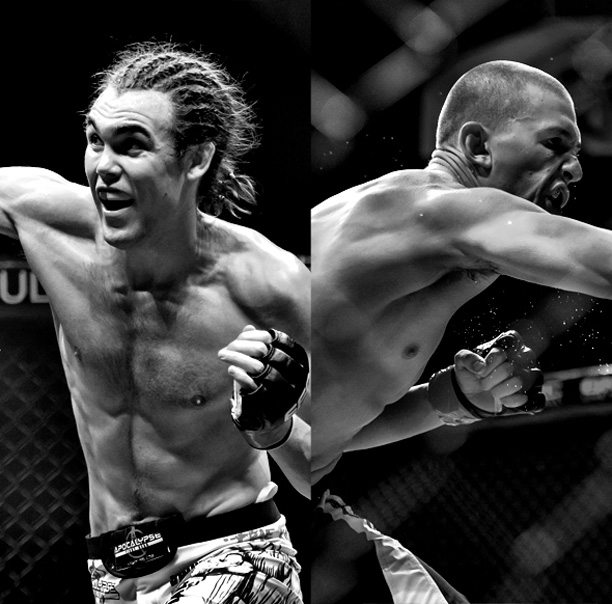 Cape Town, South Africa – As the fight card to Cape Town’s first event of the year fills up keeps getting bigger and bigger. Joining in the already massive card will see Cape Town favourite Shaun de Lange face Johannesburg’s Mark Hulme. Both athletes are still young, both are walking out of controversial losses that many believe should have gone the other way, and are determined to show their true talent in the Hexagon.

Hulme will be returning to the Hexagon for the first time since being handed a six month suspension from event officials, and then falling prey to an unfortunate knee injury. Hulme has been out of competition for over a year. Hulme made a perfect EFC debut with a first round submission of Josh Muller and then lost due to illegal strikes when he faced Morne Prinsloo. He is now ready to get back to where he left off, claiming to have matured and to be better than he ever.

His opponent de Lange was on a massive three fight winning streak, causing upset after upset until judges gave him his first professional loss via close split decision to Bruno Mukulu. De Lange has been back in the gym working on his weaknesses and become an even more developed all round athlete. After the controversial loss EFC matchmaker Graeme Cartmell stated, “I think the judges got the decision completely wrong and I personally do not count it as a loss for de Lange at all.”

“These two kids are the future of the division,” said EFC matchmaker Graeme Cartmell. “Keep an eye out for De Lange and Hulme, they are both war machines facing controversial losses but with completely different mindsets, this has ‘Fight of the Night’ written all over it!”