Massive rearrangements made to bout order, 07 May 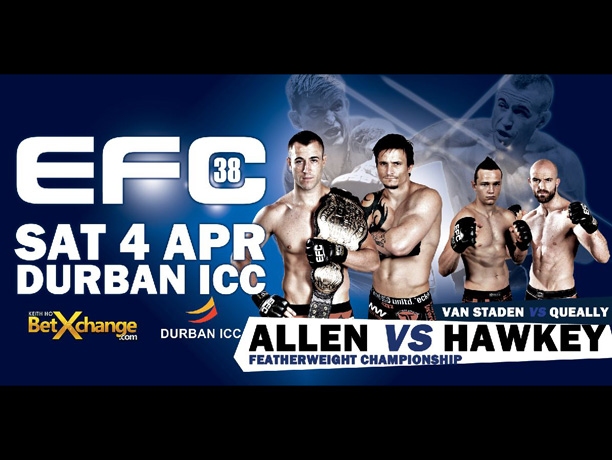 Johannesburg, South Africa – There are just less than four weeks until EFC 38 in Durban. The bout order has undertaken a massive reshuffling. The biggest change comes in the form of Keron ‘Skinner’ Davies vs. Rafal Haratyk moving onto the main card.

Flyweight rematch between Durban local Craig ‘Nemo’ Ninow, and Francois ‘Franaconda’ Groenewald has now moved to the main event of the preliminary card. The last time they met, Groenewald won a three round war with a late submission in the third round. Now in front of his home crowd Ninow wants his redemption and a win in his new weight division.

With one more bout still to be announced before the EFC return to Durban, you can view all the changes to the EFC 38 card on www.efcworldwide.com.