‘MAGIC MAN’ VS ‘NINJA’ IN THE MOTHER CITY 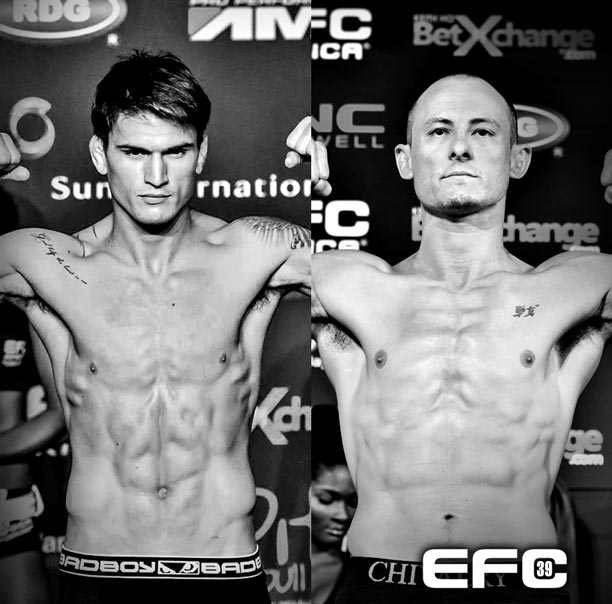 Johannesburg (South Africa) – The EFC 39 card in Cape Town keeps getting bigger and bigger. Just added to the main card will see the return of Frederich ‘Ninja’ Naumann as he takes on Cape Town’s son Don ‘Magic Man’ Madge. It is former challenger vs. former champion, between these two enigmatic athletes.

Naumann had a meteoric rise in EFC since his debut at EFC 18 against Peter Nyide. He managed to go on a four fight tear through the division, finishing everyone he faced except one, Leon Mynhardt. He has been out of action for over a year and ready to step back in the mix and work back to the top of the division. The first step will be to face the man that has stood toe-to-toe with Mynhardt three times.

His opponent, Madge, has proven that he has what it takes to be the champion when he captured the gold strap by submitting formerly undefeated Costa Ioannou. He then went on to lose the title in a five round war with Mynhardt in a controversial split decision. Madge finds himself in a position to rebuild his career anew and prove to the world and critics he is worthy of being at the top of the lightweight division.

Both athletes are fully versatile mixed martial artists, capable of knocking-out, submitting or grinding their opponent from any position. Expect an all-out war between these two warriors both needing to get a tick in the winning column.