Get to know the new EFC Girl 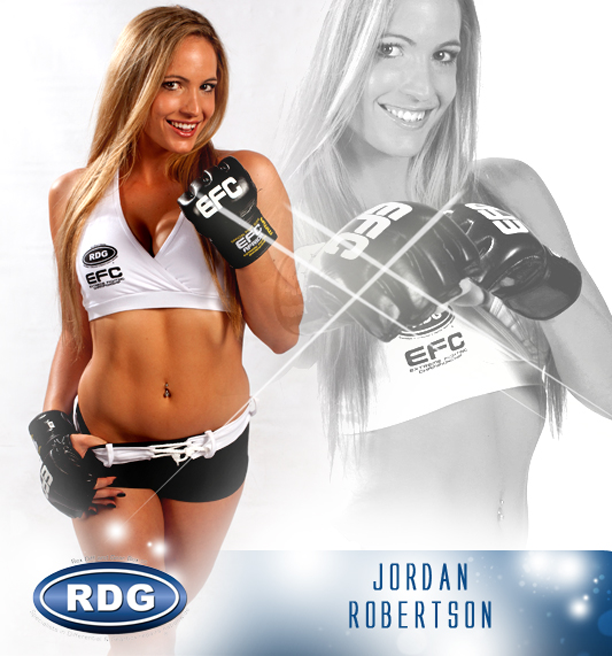 Johannesburg, South Africa – Fans at recent EFC events may have noticed some new faces Hex side. These are the new EFC Girls. Always a fan favourite, they facilitate merchandise giveaways and take photos with fans along with the age old tradition of displaying the round numbers between rounds. Get to know some of the new EFC Girls ahead of the EFC 38 in Durban in May.

Hobbies
I perform Latin American dancing, I also belly dance at functions with a Red Tail Boa Constrictor, his name is Typhoon, and I’m very excited to start Aerial silk dancing. Who says you can’t run away with the circus? I also enjoy water sports such as skiing, wake boarding, swimming etc. as well as Yoga and drawing. I can’t cook to save my life but ask me for any dessert and I’ll knock your F#*&ING socks off. Don’t mean to toot my own horn but ummmmm BEEP BEEP. Ha ha ha.

Favorite places to party
I currently dance at Kong and Harem in Rosebank, you’ll catch me up on that podium, partying up a storm almost every weekend. EFC is definitely top of my list!!! I thoroughly enjoy the sport of MMA and love a man that isn’t afraid to put it all on the line. I go nuts for a good music festival, or anywhere with the friends and family. They know how to make any situation an unbelievable party and Race days/ Track days!!!!! If it has an engine, I’m a happy chappy!

Favorite food
I’m not fussy when it comes to food, but I refuse to eat spaghetti bolognaise. Yuck!!! I do however love my sweets: Cupcakes, pastries, chocolate, ice-cream. Oh the sugary goodness!!!!

Music
Hit me with a delicious reggae beat or some sweet sweet Frank Sinatra Ooooooo….. And then there’s Carlos Santana, how could I forget old school rhythm and blues like Nina Simone and Ella Fitzgerald!!! For a hard work out, I like my Drum and Base or Trance. The options are endless. I switch and change genres according to my mood.

If i could be anyone for a day
Well I’m quite content just being myself but if I had to be someone else for a day. I’d definitely be Jordan Belfort. Imagine that level of freedom, to do anything your heart desired. Anything you could cook up in your imagination right there at your fingertips. I’d have to be limited to just one day because It wouldn’t take me long to become an international hazard. Ok and if the universe refused to allow me such a reckless opportunity then I’d have to go with Mr Lance Isaacs. Have you seen that man get sideways on a track? If I could do that my life would be made!

Favorite fighters
Darren Daniel – Accurate with his striking and from what I’ve seen his ground game is well executed, the man is calm, cool and collected on the mat.

Garreth McLellan – I’m cheering him on! I definitely want to see this man handle his business at the UFC. Toe to toe with some of the best fighters in the world. I have my pom-poms in hand and I’ll be supporting all the way.

Something interesting about me
It comes as quite a shock to people when i tell them I’m not a fan of social media, cellphones and TV, in fact up until 17 March 2015 I’ve had a “burn phone” one of those tiny Samsungs without the colour screen. I have Facebook but generally only use it to store my photos or find photos from the events I’ve preformed at, I don’t really have time to watch TV but I make sure to catch all the fight nights. I think people are missing out on whats going on right in front of them because they constantly have their eyes locked on their screens and they have become numb to the simple pleasures in life (conversation at the dinner table for instance) otherwise there isn’t anything very interesting about little old me I’m just a happy go lucky individual. Always making lemonade 😉

Shout out to EFC
It has been the most unbelievable experience being an EFC ring girl simply because of the supporters. I’m grateful to have met so many exciting and interesting individuals on the stands during fight nights and afterwards. I wouldn’t exchange it for anything in the world and I look forward to meeting many more crazy EFC fans.