SACRIFICING A TITLE SHOT FOR SOMETHING BIGGER 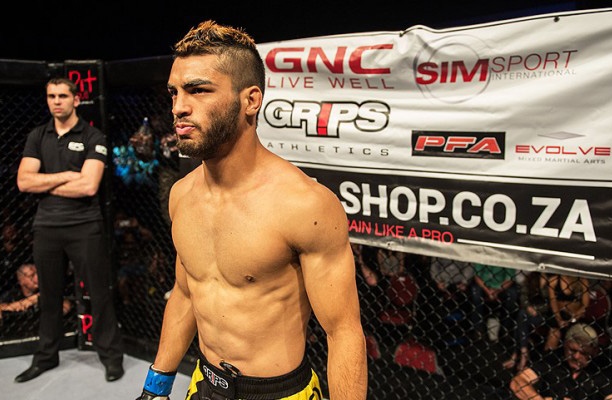 Cape Town, South Africa – Combat Press spoke with Cape Town’s Irshaad ‘White Tiger’ Sayed about his reasons for giving away his title shot and competing in front of his home town in front of his family and friends.

‘Sayed has put his guaranteed title shot on the back burner. Now, he simply looks to continue his winning ways inside the Hex. He may not be competing against a current bantamweight contender, but a win over the former champion is sure to help with his title aspirations, even if holding the belt isn’t in his immediate future.

“I’m not really worried, to be honest. I take it one fight at a time,” Sayed told Combat Press. “Right now, my focus is on Zulu. We are both high-level strikers, but I feel my overall MMA game surpasses him in all aspects. I’m sure both Zulu and myself will give a ‘Fight of the Night’ performance for the fans.”’