“…AN OVERALL NIGHTMARE TO DEAL WITH…” 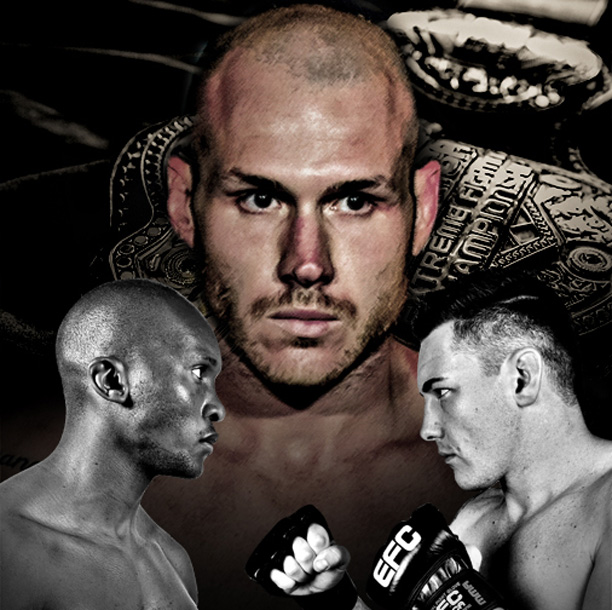 Cape Town, South Africa – At EFC 39 on Thursday 7 May in Cape Town, the top two light heavyweight contenders Gideon Drotschie and Tumelo Maphuta face-off in a number one contender bout that will decide who gets the right to challenge the current champion Norman ‘Chef’ Wessels for the divisions coveted title.

Initially Wessels was scheduled to clash with Drotschie, but after suffering a personal tragedy, Wessels was unable to compete and was forced to pull out of the bout. Subsequently Tumelo and Gideon, who both were assured a championship shot, put title aspirations on the line to fight each other in Cape Town and prove why they deserve to be the division’s number one.

Wessels is now back in training and preparing for any possibility and challenge that may lie ahead for him. EFC caught up with the former heavyweight champion and current light heavyweight champion to get his thoughts on his potential upcoming opponent and to see how his preparations were going. “My training is on track and I am doing everything I need to do.” Said Wessels, he added, “I am focussing on honing my own skills. I am focussing on progress. I don’t try to deliver the same thing each time I enter the Hexagon. I want to be as dynamic as possible, it is a journey for me at the end of the day.”

Wessels is scheduled to face the winner of Drotschie and Maphuta but is unsure as to who his eventual opponent will actually be. “I have obviously thought about Gideon and Tumelo. It is exciting for them. It is pretty much a do or die situation for them. I am not sure who will win. Just from past experience Gideon has the ability to win fights and Tumelo has his strengths that he can play too. The person that sticks to their game plan the most will probably win at the end of the day. I haven’t thought about who will win and who I am going to face.” Said Wessels.

How is the intense champ preparing for an unknown opponent? What does he think they will bring to him as a challenge? His response to these questions was, “I have combined them mentally as one fighter and have gone on the journey of preparing for that athlete. So whoever I fight on the day is only going to be half a person in the context of what I need to do.”

Wessels has always considered himself to be his biggest opponent and once he conquers himself, he believes he can beat anyone. Later in the interview he went on to say, “Where I am in my career and my contribution to the sport, it might sound obtuse, but I can’t focus on mediocrity. So not really bothered about what they are going to say and do because there is nothing they can say and do at the end of the day. Gideon needs to beat Tumelo and Tumelo needs to beat Gideon and they both need to beat me. Whereas I just need to beat myself. I can beat anyone out there.”

Regardless of who wins the number one contender bout, Wessels firmly believes that no matter whom he meets, it is inevitable that he will still be the champion. “The outcome of this fight has already been decided. I have already fought this fight a million times in my mind. And gone through every possible scenario.” He concluded, “Now it is just about following through with the process. Making sure I am myself, to just be dynamic, skilful and an overall nightmare to deal with in the Hexagon. I am going to beat them at MMA.”

The massive number one contender light heavyweight bout features alongside the heavyweight championship main event at EFC 39: Groenewald vs. van Zyl, presented by BetXchange.com, and takes place at Grand West, Cape Town, on Thursday 7 May 2015. Tickets on sale at www.computicket.com.