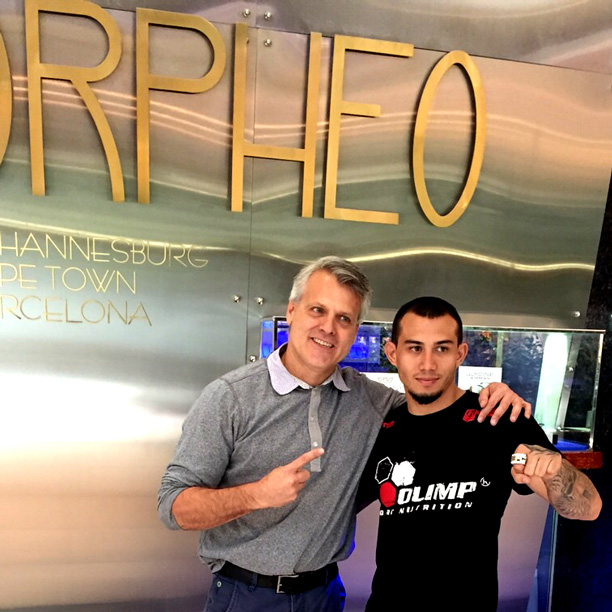 The former heavyweight champion and current light heavyweight champion Norman ‘Chef’ Wessels became the second athlete to be awarded two EFC rings late last year when he defeated Gideon ‘Juggernaut’ Drotschie in Cape Town. As a show of gratitude, Wessels honoured FFM head coach Quan for all the work and success he has brought their team by giving him his gold light heavyweight ring. Throughout EFC history, Quan has coached his team to an unparalleled seven championship rings and fourteen diamonds.

At EFC 39 in Cape Town next month Gideon Drotschie and Tumelo Maphutha go head-to-head for the number one spot and the right to challenge Wessels for the light heavyweight title. Will the dominant FFM team once again collect another diamond or will the winner between Maphutha and Drotschie bring an end to the team’s numerous successes.