Potts returns to the Hexagon 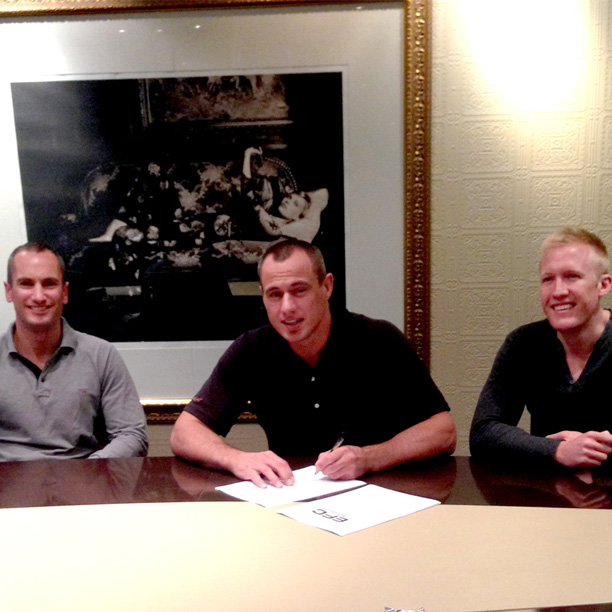 Durban, South Africa – Former two-time EFC champion and former UFC heavyweight Ruan ‘Fangzz’ Potts returns to the EFC organisation after competing in the US based UFC MMA promotion for the last 12 months. The timing for his return comes just before heavyweights Brendon Groenewald, the current champion, defends his title against Andrew Van Zyl, the same title Potts relinquished just over a year ago.

After competing in the USA at the UFC, Potts is once again looking forward to fighting in front of home crowds. A fan favourite, his only loss in EFC, which was redeemed later in his career, came from a five round war at the hands of Andrew ‘One Gear’ van Zyl.

“Guess who is back, ‘Fangzz’ is back to fetch his belt!” – stated Potts upon signing his contract at EFC headquarters today.

“It is great to have Ruan back in EFC,” stated EFC matchmaker Graeme Cartmell. “Especially with all the invaluable experience he has gained competing against some of the best athletes in the world.”