MEET THE MEN TO OPEN THE CARD 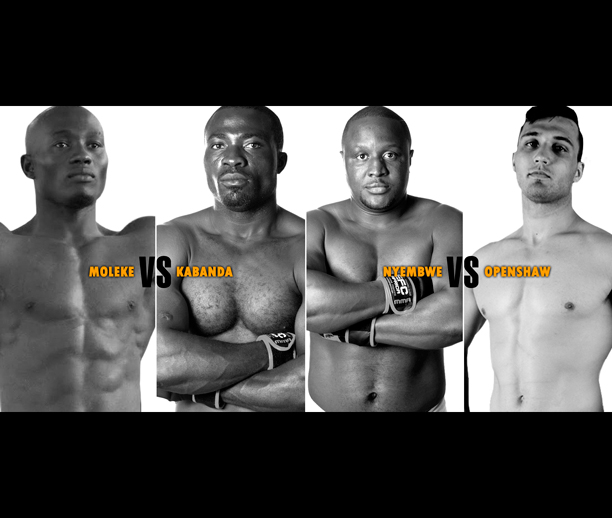 Cape Town, South Africa – Introducing the four athletes opening the massive fight card in Cape Town at EFC 39. All the athletes have worked tirelessly to get to where they are, and all are making their inaugural EFC appearances. Meet the men Mark Moleke, Kaleka ‘Block’ Kabanda, Didier ‘Iron Man’ Nyembwe and Quaid Openshaw, all getting the action started on 7 May at Grand West.

Mark Moleke, the Cameroonian welterweight trains at Lethal Edge MMA in Cape Town alongside EFC top welterweight contender Shaun de Lange. Kaleka Kabanda from the Democratic Republic of Congo comes from a boxing and kickboxing background and is known for his strong and crisp striking.

Following on the massive fight card, DRC’s Didier Nyembwe faces South African’s Quaid Openshaw. Nyembwe joins the organisation with a strong kickboxing and Judo background and has been competing as an amateur for several years in Cape Town. His opponent, Openshaw starts his professional journey after a 13-1 amateur MMA record. He finished his last five bouts via ground and pound in the first round.

All four men enter the Hexagon for the first time proudly representing their gyms and their country.

Get to the Grand West early to ensure that you don’t miss any of the action. Preliminary bouts start at 16:45.