MUYAMBO CAN WIN IT ON THE GROUND SAYS ‘THE ANSWER’ 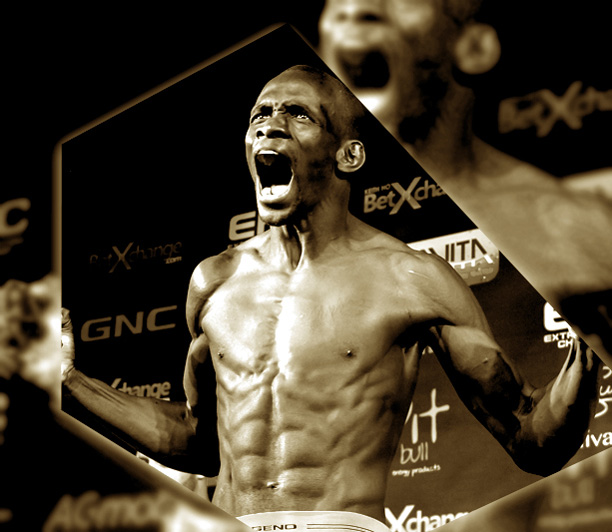 Cape Town, South Africa – At EFC in Cape Town in two weeks, there are two lightweight bouts that have the potential to mix up the division even further. One man who will be keeping an eye closely on the bouts is undefeated number one contender Themba Gorimbo.

The last bout of the preliminary card will see young up-and-comer Luke Michael take on the former number one contender Sibusisu ‘The Monster’ Mdoko and later on the main card Don ‘Magic Man’ Madge takes Regis Muyambo as both look to get back in the winning column. Both bouts have the potential to shake up the lightweight division. Gorimbo, who will face them in the future gave his predictions how he sees the bouts going, “I think the next EFC event will be full of surprises.”

For the preliminary bout Gorimbo predicts that his former team mate will take the win in the second round, “Luke vs. Sibusisu, I will go with Sibusisu if he pitches up to fight on the night. It is not going to be a walk in the park though as Luke possesses some good ground game. I think the fight won’t last longer than two rounds. Mdoko to win via TKO ground and pound.”

Gorimbo is more conflicted about the Madge vs. Muyambo bout, “It is a tough fight, I think Madge will take it if it stays standing. If the fight hits the ground Muyambo is capable of submitting Madge. I see this going to the judges and Madge will take the win and he will go 4-3-1 in his pro career.”

Not wanting the Cape Town lightweights to forget about him, Gorimbo stated, “looking forward to the night and meeting these lightweights in the Hexagon in the near future, after I dethrone the champion.”