OUT TO CHANGE DESTINY

Ashley Calvert is en route to changing his destiny 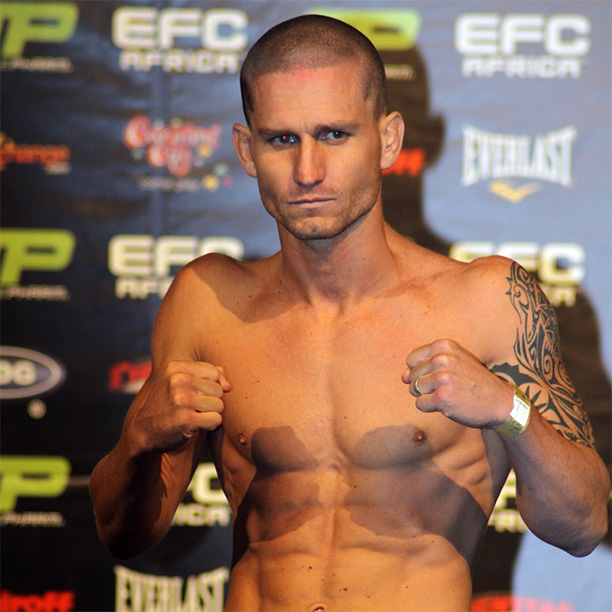 Durban, South Africa – In every generation there is an athlete with un-paralleled technical skills and knowledge, but for some reason they never achieve greatness and fall short. Ashley Calvert could be considered the phenomena of EFC. All who train with him have applauded him as the best fighter they have ever encountered. Yet he has failed to win a bout inside the Hexagon. This Saturday, Calvert will return to the Hexagon to change his seemingly predestined future and bring to life is true potential when he faces Sizwe Mnikathi.

“This fight is everything to me,” Calvert exclaimed in an interview this morning. “My support structure and I have put everything into this fight!”

Many have described his upcoming bout as a do or die bout for his professional MMA career. Calvert’s version of it is a much simpler version, “it’s a “DO” situation for me.”

“I’ve never expressed myself fully in the Hexagon due to old mental issues,” Calvert reflected on his past performances. “Physically I was there, but mentally I was nowhere near the fight.

“I am coming to express and inspire with my mixed martial arts on Saturday,” stated Calvert. “Sizwe is very flat footed and does not move around much, so I see myself picking him apart,” he elaborated on his opponent on Saturday.

“The work has been done, so everything is a formality now. I’d like to thank my support structure as I would never be here and in the shape I’m in both physically and mentally,” Calvert concluded.