SAYED ON TRACK AHEAD OF BOUT 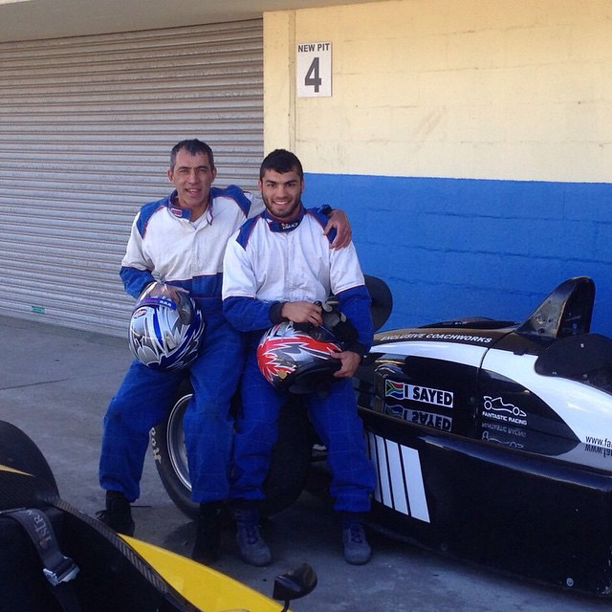 Cape Town, South Africa – Ahead of his clash with Oumpie Sebeko in Cape Town, Irshaad Sayed, who resides in Singapore took a few days off from training to hit the race track. Follow Sayed’s activities, along with a visit to the shooting at the range on his Instagram account: @IrshaadSayed.

Irshaad ‘The White Tiger’ Sayed was set to face Demarte ‘The Wolf’ Pena for the bantamweight title. This was not to be. Exams for Pena and observing the month of Ramadaan for Sayed made it impossible for either athlete to compete at their fullest at the scheduled date in June. However, Sayed desired to remain active inside the EFC Hexagon and decided to compete in Cape Town in front of friends and family. Now he puts his title shot at risk and will face the dangerous striking of Oumpie ‘Lion Heart’ Sebeko.

Originally Sayed was slated to face former bantamweight champion Nkazimulo Zulu, however Zulu withdrew with an injury and Oumpie Sebeko stepped up for the challenge. The change in opponent has left Sayed unfazed. “The only change between Oumpie and Zulu is the change of stance. Zulu is southpaw while Oumpie is orthodox. I certainly have a game plan but let’s see how things pan out in the hexagon.”

“I started my training back home in Singapore with the Evolve fight team,” stated Sayed in an interview yesterday. “Now I’m down in Cape Town finishing off my camp. Everything is on track for 7 May.”

Sebeko is a former South African K1 champion and has fought for the world title. Since his debut in the EFC Hexagon, none of his opponents have wanted to test his striking talents, opting for ground battles. While the ground might be his weakness, Sebeko is has shown vast improvements with every outing. He believes he is the future champion of the division and Sayed is a stepping stone towards the top.

Sebeko has failed to make weight in previous bouts and Sayed had some choice words for him on the matter, “he better make weight or I’ll reserve a special beating for him.”