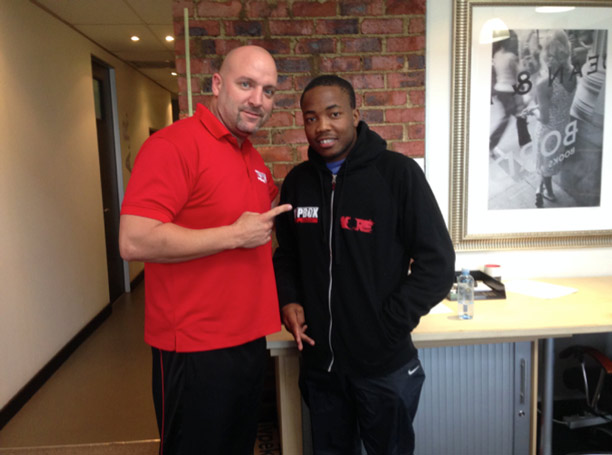 Cape Town, South Africa – Last month Irshaad Sayed, residing in Singapore, relinquished his highly anticipated EFC title shot at Demarte Pena in order to once again fight in Cape Town, the city where he was raised. Doing so will also allow Sayed, who is a devout Muslim to observe the month of Ramadan.

After turning down the shot at EFC gold, Sayed was scheduled to face the former bantamweight champion Nkazimulu ‘Zuluboy’ Zulu. However, due to an injury, which was picked up a few weeks ago, but only confirmed recently, Zulu has been forced to withdraw from the Cape Town bout and Oumpie ‘Lion Heart’ Sebeko has taken the huge opportunity to face the Capetonian from Singapore with open arms.

Sebeko, from Johannesburg, has a very big task ahead of him as he steps up to face a former Muay Thai world champion and undefeated EFC title contender. Sebeko however is no stranger to the eastern arts. He is a South African Muay Thai champion and an accomplished boxer and was undefeated in EFC until he faced Angolan Marino Cutendana on the main card at EFC 36. “Sometimes a setback is just the way back. It just happens that Irshaad is in my way to getting gold,” stated Sebeko upon signing to fight.

“This bout has a striking war written all over it and contender for ‘Fight of the Night,” stated EFC matchmaker Graeme Cartmell. “This Cape Town card is massive!”