A CHAMPION WILL BE CROWNED 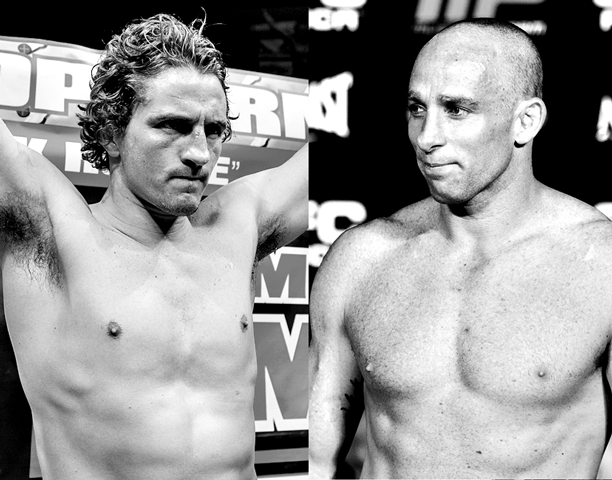 Johannesburg, South Africa – After the former middleweight champion Garreth McLellan relinquished his title in order to compete in the US based UFC, the EFC middleweight division was left vacant of a champion, and left with two men at the top eagerly waiting, both who were scheduled to face the former champion in bouts that never transpired. On 11 July the divisions’ two top middleweights Liam Cleland and Michiel Opperman will face each other for the vacant belt at Carnival City.

The former welterweight champion, Michiel Opperman moved up to the middleweight division where felt stronger and more comfortable. Since the move, he has had success with an epic victory over former middleweight champion Jeremy ‘Pitbull’ Smith, plus a submission victory over Armand de Bruyn. Opperman, was scheduled to face his adversary McLellan for the title, but the bout fell through when McLellan relinquished the title to compete in the UFC.

Having beaten big names by the likes of Jeremy Smith and Donovan Hawkey, Cleland has had an illustrious MMA career and has been a top contender in the division for a long time. Prior to his massive victory over Hawkey, he was set to face the former champion Garreth McLellan in a highly anticipated battle which was plagued by injury and ultimately never took place. Cleland’s most recent bout against Kruger was controversially ended in what the organisation felt was a dubious judge’s decision and that he still deserved the title shot.

With the middleweight title on the line, both men have everything to gain and nothing to lose in a bout that will set the tone to the future of the division.

EFC 41: Pena vs. Doyle, Opperman vs. Cleland presented by BetXchange.com, and takes place at Carnival City, Johannesburg, on Saturday 11 July 2015. Tickets on sale soon at www.computicket.com. Book your cinema ticket to all fights live and in state of the art digital projection at www.sterkinekor.com.