BAHATI AND CUMMINS READY FOR WAR AGAINST CAPE TOWN’S BEST 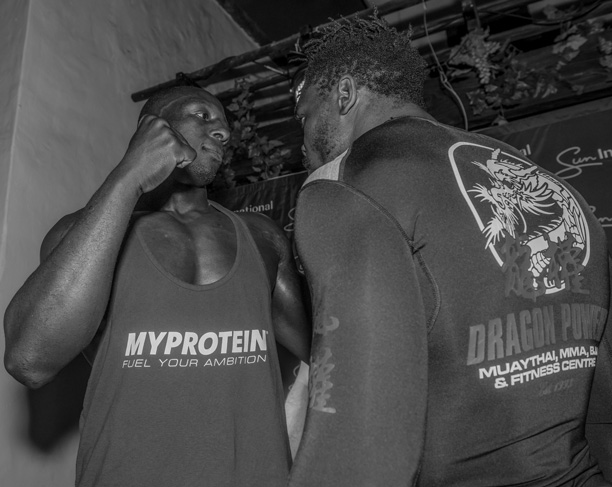 Cape Town, South Africa – This past Saturday, at Grand West, fans got their first glimpses of British talents Yannick ‘Black Mamba’ Bahati and Joe ‘Silk’ Cummins ahead of their EFC 39 debuts in Cape Town.

In an interview with EFC matchmaker Graeme Cartmell Bahati stated, “It’s all the same whomever I face. I will get a first round knockout and then I want to fight for the belt.” The massive undefeated Bahati met face-to-face with Dragon Power’s undefeated Champion Dalcha for an intense stare-down. Dalcha responded confidently, “Nothing much to say. The champion is ready!”

Cummins showed why he is called ‘Silk’ with a sublime display of his boxing skills and went on to say, “I am going to show I am about everything in MMA and not just a striker.”

Former lightweight champion Don ‘Magic Man’ Madge and Regis Muyambo met face-to-face for the first time on stage after their pad work displays. Madge stated “I’m ready to take on every single guy in the lightweight division and beat every one of them,” to which the local crowd erupted with applause.