EXTREME MOMENTS FROM EFC 39 BROUGHT TO YOU BY PITBULL

Highlights from EFC 39 in Cape Town 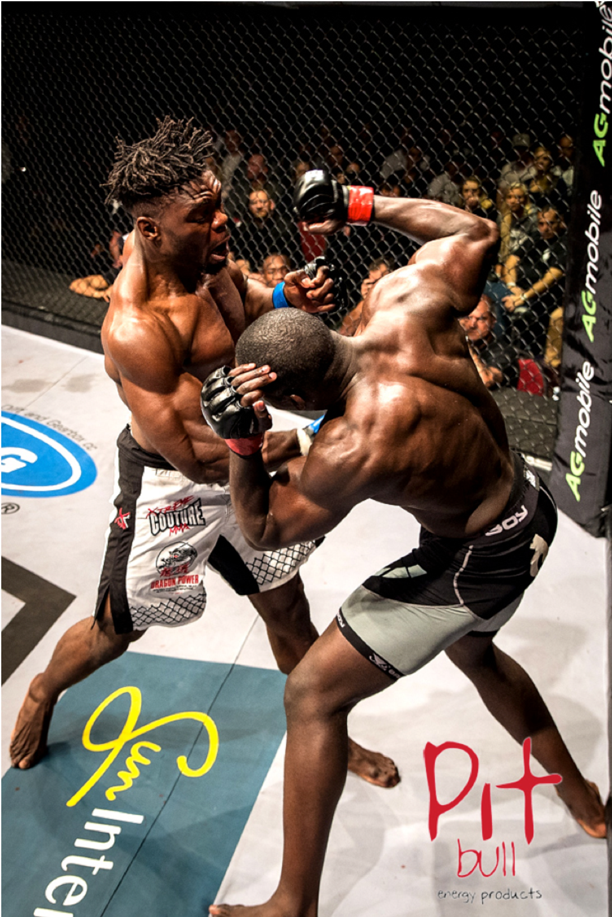 Cape Town, South Africa – With every event, there are sublime knockouts, submissions and some wars that go the distance. These moments will always live in fan’s memories. For a clearer picture of the most exciting moments at EFC 39 in Cape Town last week, Pitbull Energy Drink brings you the most extreme moments from EFC 39.

Joe ‘Silk’ Cummins put on a clinical display to show why he is called ‘Silk’ with a smooth debut victory winning via TKO in the first round.

Cameron Pritchard scores a brilliant KO in just 23 seconds. What many fans did not see, is how close it was to a double knockout.

Cape Town’s Don ‘Magic Man’ Madge gets back in the winning column with a TKO victory in literally the very last second of the first round.

Mark Hulme and Shaun de Lange went toe-to-toe in a three round war that earned them ‘Fight of the Night’ honours.

Sibusiso ‘The Monster’ Mdoko gets back to his finishing ways with a TKO victory over the younf Luke Michael in an epic display of pugilism and grit.

Irshaad ‘White Tiger’ Sayed put in a dominant display to get another victory in front of his hometown crowd. Sayed got his revenge from weigh-in, when Sebeko slapped him returned the favour late in the last round.

Andrew ‘One Gear’ van Zyl reclaimed his heavyweight title in spectacular fashion when he scored a massive knockout over Brendon Groenewald in just 32 seconds.