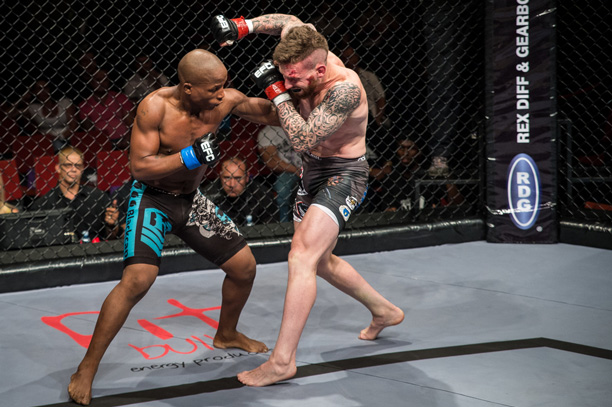 Durban, South Africa – Early this morning, Anthony Mailer’s team contacted EFC matchmaker Graeme Cartmell with the disappointing news that he would not be able to compete this Thursday at EFC 39 due to medical reasons.

“The worst timing in the world! I can’t believe this has happened,” stated Mailer. He then added, “I wanted this fight so badly. All I want is a promise that Graeme will put me on the next fight card.” Mailer woke up with the abscess and is now on anti-biotics and will only finish his treatment after the event, possibly not even being able to come support his team mates on Thursday.

Mnikathi is known for his formidable punching power and relentless attitude. Having not stopped training since his last bout in Durban, Mnikathi is rearing to get back in the Hexagon and prove that he has what it takes to beat anybody in the division, including his new opponents training partner and current featherweight champion Boyd Allen. Mnikathi accepted the late replacement bout immediately.

Due to the late notice, and in order to ensure that Mnikhathi does not cut too much weight in a short time, this bout is taking place at lightweight as opposed to featherweight where both athletes usually compete.

All the EFC 39 prelim bouts and main event bouts are broadcast FREE to Ster-Kinekor cinema’s countrywide.