Alain Ilunga could be Sibusiso’s ticket 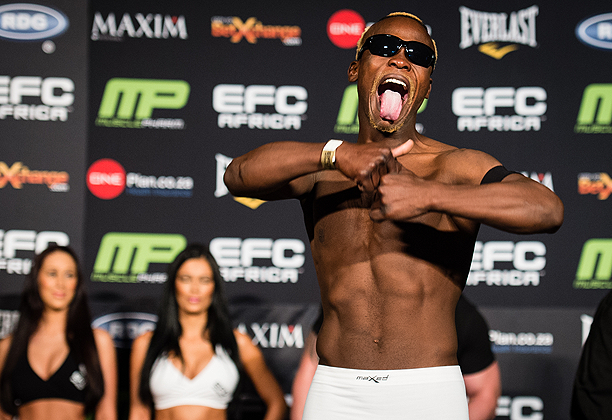 Johannesburg (South Africa) – Cape Town’s Sibusiso Mdoko will be gunning for a third straight win in the lightweight division when he faces Alain ‘Commander Boy’ Ilunga in the Mother City, on June 05.

Mdoku is a veteran of three EFC bouts already, the first a loss to Alex Cheboub, and thereafter strong victories against both Johan van Staden and Pietie Coxen. His opponent, however, is a definite step up in competition.

Alain Ilunga is a former featherweight title contender who makes the jump to the lightweight division for this bout. He is widely feared as a devastating striker with an ever present ability to finish any bout with one brutal kick.

Mdoko and Ilunga are former training partners and teammates, Ilunga having trained out of Mdoku’s Panther Fighting Arts team previously. Both men will know each other’s habits and abilities intimately, as well as the limits each will need to push to best the other.

For Mdoku, striving for a third straight win and a chance at top level lightweight competition, this is the bout and the opponent that will get him there. With so much riding on his performance, and in front of his home Cape Town crowd, expect Mdoku to break out bigger than ever before.