THE CLINCH – THE CAPE OF STORMS AT EFC 39 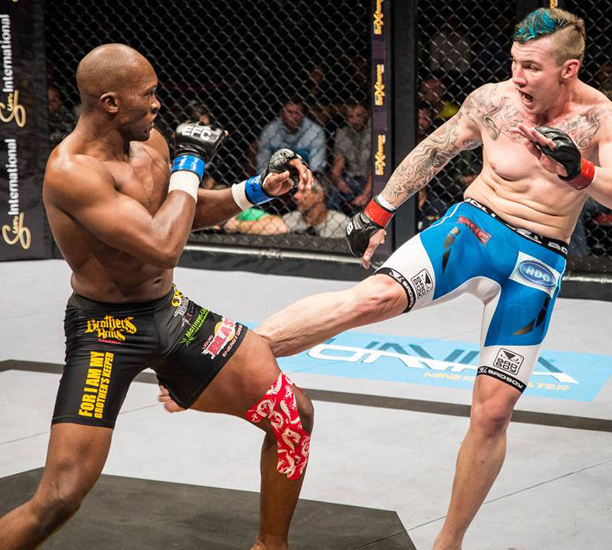 Cape Town, South Africa – eNCA released an in-depth analysis on last week’s EFC 39 event in Cape Town. Covering a range of topics such as stalling, anti-doping, matchmaking and social media. Following is an excerpt from the article written by Simon Stephens. The full article can be read here: efcww.com/1PIk80w

“We’ve had a week to reflect on an EFC 39 that had everything; slugfests, grudge matches, disqualifications, and a deluge of knockouts. In fact only four clashes on the twelve-fight card went to the judges and six of those knockouts were in the first round alone. So let’s look back on a superlative combat exposition that’s still being talked about from Goodwood to Gabarone.

The co-main event between Gideon Drotschie and Tumelo Maphutha was heavily-promoted the length and breadth of the continent through a spectrum of media and commercial advertising. The strong pre-fight talk from both camps had everyone, including myself, champing at the bit to see which of these light-heavies would earn a shot at Norman Wessels’ burnished buckle.

To say the fight was an anti-climax would be the grossest understatement scribed on this site. Having only four cage-side absences in the EFC’s five-year history I feel adequately qualified to claim that this was the worst fight I’ve witnessed not only in the organisation’s timeline, but in my 28-year involvement in commercial sports broadcasting. It wasn’t a fight. It was a mockery where there were no winners but several ten thousand losers who shan’t disremember the names of Drotschie and Maphutha for that reason any time soon….”