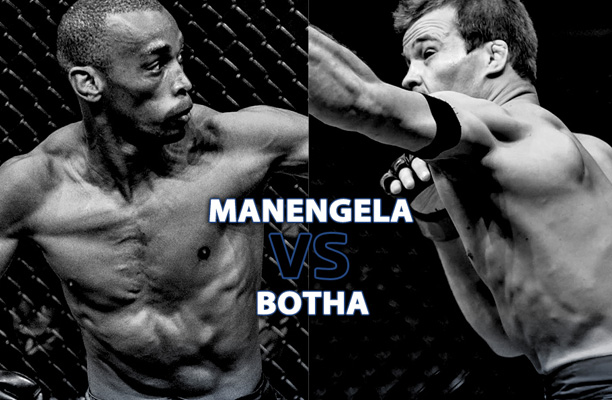 Manengela has suffered two losses by TKO late in the third round in his outings in the EFC Hexagon. Many fans argue he was winning both bouts convincingly until he got caught. Having made a recent change of camps, Manaegela has joined the renowned PESFA camp under Chris Bright in Port Elizabeth, and now with a new team behind him, Manengela is ready to show his new skills to the world and put them to test against the wrestler.

Botha is a phenomenal wrestler with the same pedigree as his brother Hanru. He likes to push the pace and hunt the early finish, a tactic that has worked for him in the past. A sixty percent finishing rate is evidence of this. Always putting on exciting high paced action fights, Botha is going to bring a war to the Judoko as he looks to get back into the winning column.

Big take-downs and sneaky throws are expected when these two elite athletes face-off, watch this fight and 11 more live Carnival City. Witness it live, don’t miss out on history in the making.