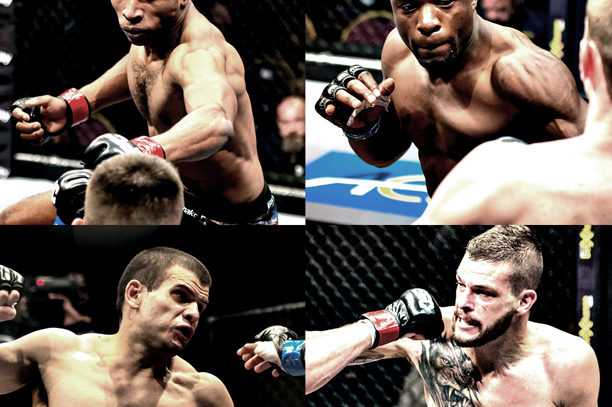 Johannesburg, South Africa – EFC 40 is being hailed as arguably the best event in the organisation’s history. From start to finish, there was not one fight that did not deliver high paced action, with only two fights going the distance. The official event bonuses were already announced by EFC president Cairo Howarth at the post-event press conference. However, upon further reflection, it has been decided that more bonuses in addition to their agreed upon fight purses, will be issued for memorable performances.

The original bonuses were awarded to French heavyweight Cyril Asker for his TKO finish over the most dominant heavyweight in EFC History and to Polish heavyweight Tomasz Kowalkowski for his electrifying flying knee that has caught the attention of the fans from around the world.

Wade Groth and Brendon Katz won ‘Fight of the Night’ for their three round epic. “Because this was such an amazing fight and both athletes tried to finish it until the very end, I am proud to say that their initial ‘Fight of the Night’ bonuses have been doubled.” stated EFC president Cairo Howarth.

In addition it has been decided that Robert Simbowe receives a bonus for his valiant come back leading to a heel hook submission victory in the dying seconds of the firstt round. Plus, even though they were not victorious on the night, Bill Thusi, Nelson Feiteira and Dino Bagattin will receive performance bonuses for their exceptional efforts on the night that led to such memorable wars. Without all the effort that all athletes have put in, EFC 40 could not have become the success it is.

The standard has been set and it is up to the EFC 41 athletes to deliver the action on 11 July where two titles are on the line at Carnival City.