“I WILL CELEBRATE MY BIRTHDAY WITH THE GOLD BELT” 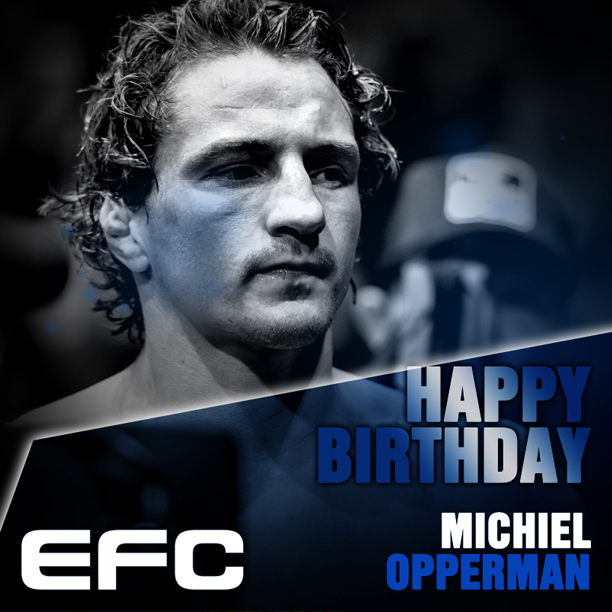 Johannesburg, South Africa – On 11 July former welterweight champion, Michiel Opperman gets another shot at EFC gold when he faces Liam Cleland for the vacant middleweight title at Carnival City. For anyone else, today would be a day of large celebrations, as it marks the anniversary of Opperman’s birth into this world. Not for someone who is once again on the verge of greatness.

Opperman turns 31 today and has spent the day, as he does any other day. He has been in the gym preparing for a fight. “It is just business as usual for me. We trained hard as we always do this morning, tonight I will go for dinner with my wife.” stated Opperman. He added, “I will celebrate my birthday with the gold belt on 11 July.”