Tshilumba Mulumba ready to bring the fight at a moments notice 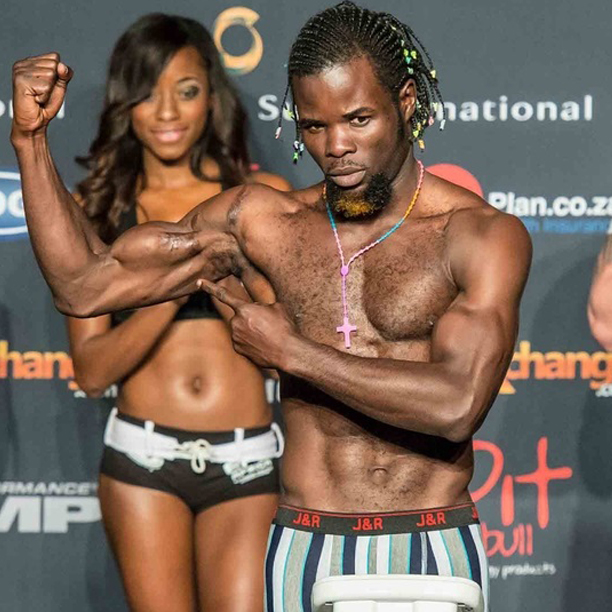 Johannesburg, South Africa – EFC received word from Peter ‘Kratos’ Nyide that he had injured his knee in training and is withdrawing from his scheduled bout against Oumpie ‘Lion Heart’ Sebeko at EFC 41.

Stepping in late, Tshilumba Mulumba is remembered as the man who exploded into the EFC with an enigmatic performance against Cape Town’s Anthony Mailer, followed by action packed fights against Sizwe Mnikathi and Mthobisi Buthelezi. A ‘head hunter’, Mulumba is always in search of the big KO but is still working tirelessly to get his first win in the EFC Hexagon. Win or lose, one thing for sure is that he will put in the performance of a lifetime when he faces a bigger name opponent, in Oumpie Sebeko.

Mulumba announced the fight on his Facebook page stating, “Sebeko, you had an easy fight in Cape Town. Now you have a bigger fight at EFC 41 against me. The worst is, that you lost in Cape Town.”