THE BEAUTY FROM BUDAPEST RETURNS TO FACE ‘DEMOLITION JACQUI’ 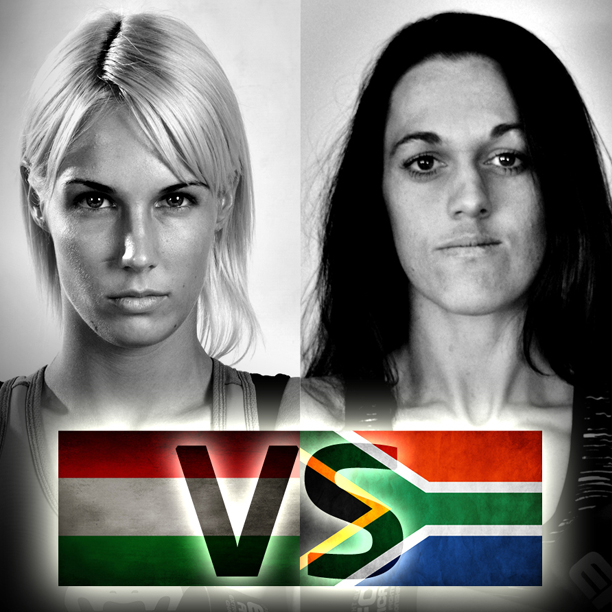 Johannesburg, South Africa – At the beginning of the year two women entered the EFC Hexagon for the first time. The first was South African Danella Eliasov and following directly behind her was the Hungarian Zita ‘Tinky’ Varju. Now the beauty from Budapest returns to face another South African, Jacqualine ‘Demolition’ Trosee.

Fighting out of Tiger Dragon Fight Gym in Pretoria, Trosee is the latest signing on an expanding women’s flyweight roster. A South African Muay Thai Boran champion, Trosee is undefeated in both Muay Thai and MMA. Before turning pro, Trosee was a personal trainer and brings a strong knowledge of body control and strength. Upon signing with EFC, Trosee stated, “Fitness has always been my game and fighting was just the next evolutionary step for me.” She added, “Now I will be making my debut on one of the biggest platforms in the world, where I can show off my skills to the world!”

‘Demolition Jacqui’ will be facing the experienced and dangerous Zita Varju from Hungary. Varju lost her EFC debut against South Africa’s Danella Eliasov and is seeking redemption through another South African. Glimpses of her brilliant striking were witnessed in her debut bout, and against a fellow striker, fans can expect a far bigger exchange on the feet.

Can Varju avenge her loss against another South African or will Trosee cause an upset? Find out on Saturday 11 July, exclusive to the live audience at Carnival City and selected Ster-Kinekor theatres around South Africa.