A bout not to be missed, get to GrandWest eary! 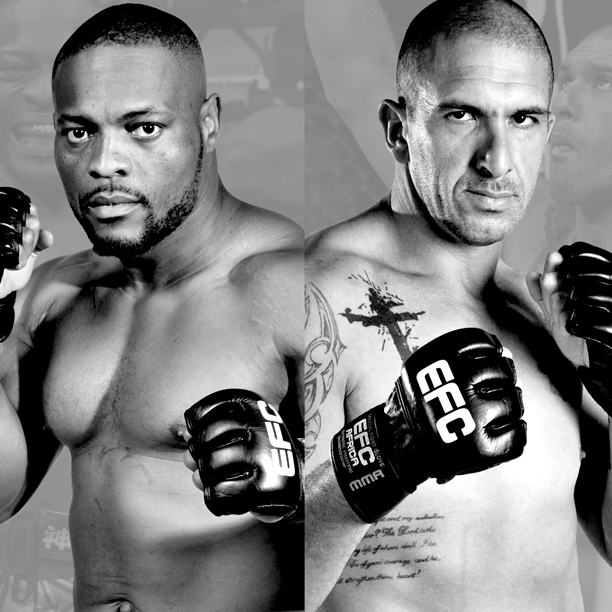 Cape Town, South Africa– EFC returns to Cape Town on Saturday 8 August for the 42nd EFC event in history and it’s building up to be one of the biggest fight cards of the year. The event features a full global main card and is headlined by the light heavyweight title fight between champion Norman ‘Chef’ Wessels from South Africa and the undefeated Champion Dalcha from the DRC. Even though the spotlight is on the main card bouts, two heavyweights are getting ready to set the day’s action underway. The first fight of the night will see heavyweight Steve ‘Soldier’ Nwosu square-off with Ivan Strydom.

The Nigerian Steve ‘Soldier’ Nwosu made his EFC debut against the massive Wilhelm Strauss at the epic EFC 40 event. Now ‘Soldier’ gets to go to war in front of his home crowd fans in Cape Town. Fighting out of Panther Fighting Arts, Nwosu has wealth of experience in the team behind him with athletes such as Sibusiso Mdoko and Regis Muyambo as training partners.

His opponent, Ivan Strydom last competed at EFC 32 against Michael Vermeulen where he lost via TKO due to a knee injury. Now almost a year later he is fully recovered and ready to restart his professional mixed martial arts career. Fighting out of Evolution MMA in Port Elizabeth, Strydom is a former professional boxer with tremendous knockout power.

This prelim bout will be the start of the build up to the massive main card scheduled for 8 August that will see athletes from Belgium, USA, Scotland, Ireland and DRC descend upon Cape Town.