Already operated on and in recovery 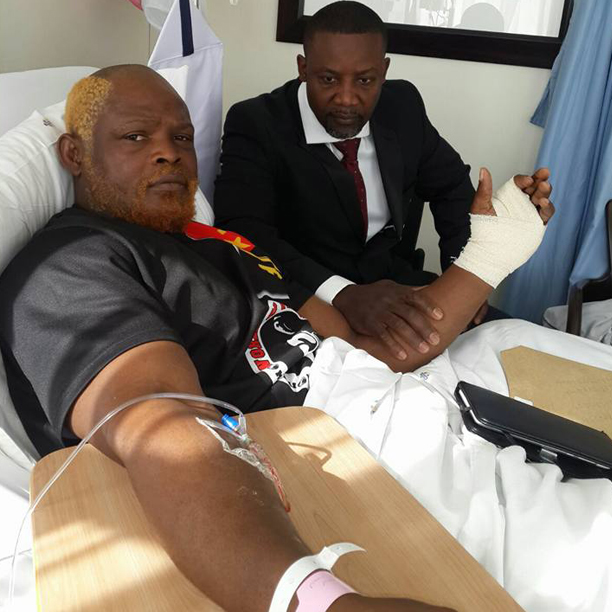 Johannesburg, South Africa– This past weekend, one of the most feared heavyweights in EFC made his return to the Hexagon against Danie van Heerden. Many in the arena thought that Bernardo ‘The BlackPanther’ Mikixi had simply given up in the middle of the second round. This is not the full story.

What very few know, Mikixi had severely broken his hand in the first round of their epic heavyweight encounter. Mikixi is a true warrior and tried to fight through it, but in the second round he succumbed to the excruciating pain.

The damage to his hand was so severe that he required an operation as soon as possible. Thanks to strict medical and safety procedures, all EFC athletes are required to have private medical aid and Mikixi was operated on the next day.

“Thank you guys so much for the support that you gave me on Saturday night! The fight was stopped because my hand had broken in the first round, I tried to push myself in the second round but it was not possible because the pain was too much. That is why I had to ask for the referee to stop the fight. It has already been consulted by the doctor and the surgery has been done, now I am trying to recover. I thank God everything has gone well. Thank you very much for the messages, comments, prayers… Etc ‘The Black Panther’ is not over as some people are saying, but ‘ the black panther ‘ still has many things to conquer. Thank you very much… Your athlete, friend, and brother Bernardo ‘The Black Panther’ Mikixi.”