‘THE MAJOR’ FROM DRC WAGES WAR AGAINST PORT ELIZABETH’S FINEST 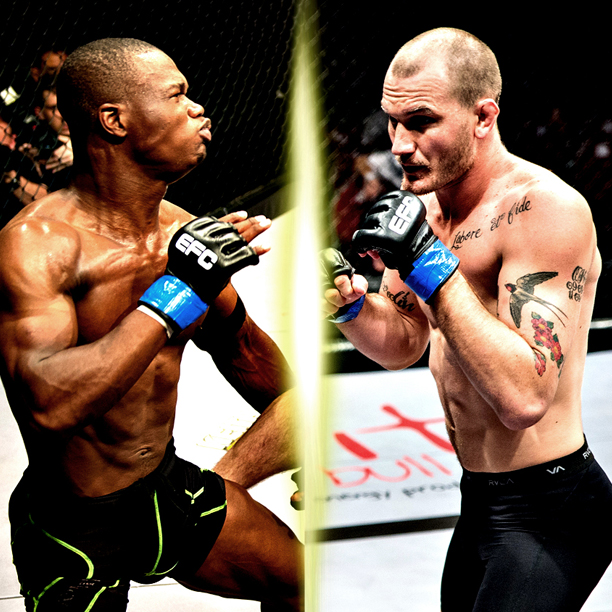 Cape Town, South Africa – Cameron Pritchard has had a perfect start to his young professional MMA career, having won his first two fights in the EFC Hexagon. Now he is on the verge of the elusive three fight win streak that catapults an athlete along in their career. In order to capture that triple, he will need to beat a new level of opponent, in Bruno ‘The Major’ Mukulu.

Fighting out of Port Elizabeth under the renowned Chris Bright, Pritchard has shown his pedigree in all forms of MMA, with slick submission skills and the ability for a one punch knockout. Having won his last bout in just 0:23 seconds, Pritchard wants to prove he belongs amongst the top of the very deep welterweight division.

His opponent is the tenacious Mukulu, coming off a split decision win against Shaun de Lange in a three round war, ‘The Major’ has been eager to get back in the Hexagon and further his winning ways. The DRC standout, training out of Impakt SA, believes he is the future champion, and will stop at no lengths to realise his belief.

Two men hungry for success in the Hexagon will collide, but only one will continue his path towards EFC gold. Will it be the experience of Mukulu or the ambitioun Pritchard?