THE MOST INTENSE COUNTDOWN SHOW TO DATE 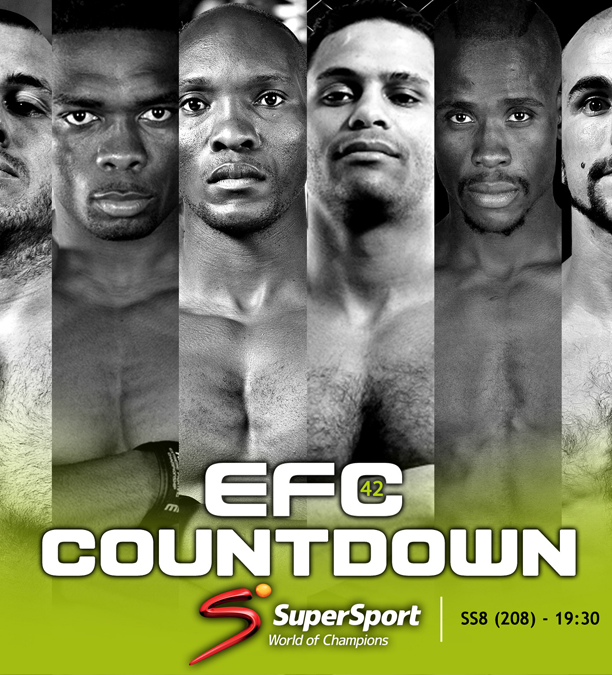 Cape Town, South Africa – On 8 August, two of the most intense athletes in EFC will clash in a winner takes all fight, that sees the light heavyweight champion Norman ‘Chef’ Wessels collide with DRC’s Champion Dalcha.

Underlying tension between two of Africa’s most notorious gyms began to manifest immediately after it was announced that FFM’s ‘Chef’ and Dragon Power’s Dalcha would meet at EFC 42. Prior to the announcement there was already an underlying disdain between head coaches Quentin Chong and Richie Quan, but it soon became apparent that EFC fans had seen nothing yet. The rivalry continued to escalate publicly at subsequent press conferences and on social media. With such tension between camps escalating so fast, the excitement in the lead up to ‘Chef’ vs. Dalcha is reaching an all-time high.

Get to understand where the deep history between the two gyms stems from as we get taken behind the scenes of both ‘Chef’ and Dalcha’s formidable training camps. Prepare yourselves for the most intense countdown show to date.

Plus, take a look back at Dave Mazany, the American showman ahead of his return to the EFC Hexagon before he clashes with the former contender Sibusiso ‘The Monster’ Mdoko.

This countdown show is a must watch, and the event is going to be epic,” stated EFC president Cairo Howarth. “There are so many big names on the fight card and we were only able to feature a handful of them in the show, this gives testament to how exciting a fight card this is, cant wait!

This massive event features 9 more exciting bouts including the return of the former welterweight champion, Ireland’s Henry ‘Herculeez’ Fadipe, against the incredibly strong Francois ‘Frenchman’ Kabulu and Scotland’s Danny Henry vs. South Africa’s Matt Buirski in a featherweight number one contendership to decide the next challenger to face champion Boyd Allen.

Don’t miss the Countdown to EFC 42 which premieres tonight!