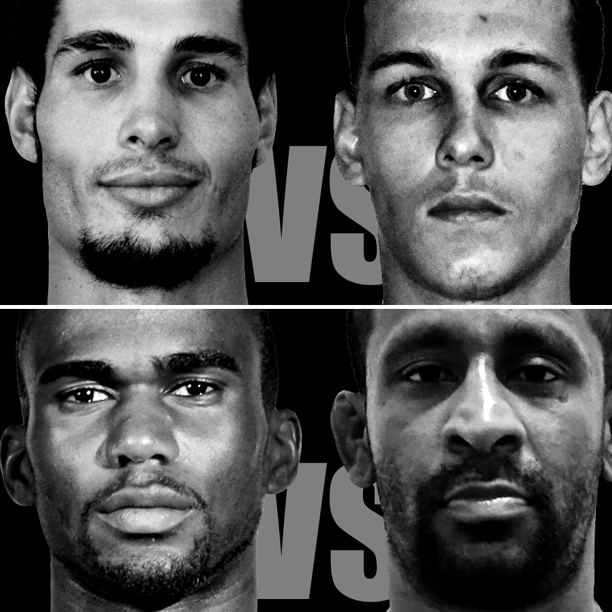 Durban, South Africa – Considered by many to be one of South Africa’s most rich cities in MMA talent, Durban yet again provides two debutants to grace the EFC Hexagon next Thursday in the opening bouts of EFC 43. Introducing team GBH’s newest additions to the EFC roster, Andrew Smith and Tyrel Singh.

Smith enters the already deep and competitive featherweight division to face XKT’s dangerous kickboxer Pieter ‘Wolfman’ de Klerk, the man who made his debut at the prolific EFC 41 event. Smith, who is not a specialist in any specific Martial Art is a part of the new generation of MMA athletes that are competent in every aspect of the game. Already an amateur champion, Smith’s tall and lanky frame allows him keep the distance in the standup and in maneuvers on the ground, something that many are not capable of.

From the same gym as Smith EFC sees the coming of Teryl Singh. Already with three professional MMA bouts on his record, Singh enters the lightweight division with valuable experience. However, he last competed in 2011 and has not been in professionally active in MMA since. Having taken a break from competition for several years, Singh now makes his return to action on one of the world’s biggest stages, the EFC Hexagon. Formally a welterweight, Singh will begin his career again as a massive lightweight with huge power for the division. Standing opposite him on 27 August is the Angolan Mario Ferreira.

Who do you think will emerge with their first EFC victory? Get to EFC 43 next Thursday and place your bets with BetXchange.com.

With such young and exciting talents constantly emerging, the competition in EFC is only improving to a higher level. Watch these two, and another five more prelim bouts exclusively live at the Durban ICC along with the main card fights.