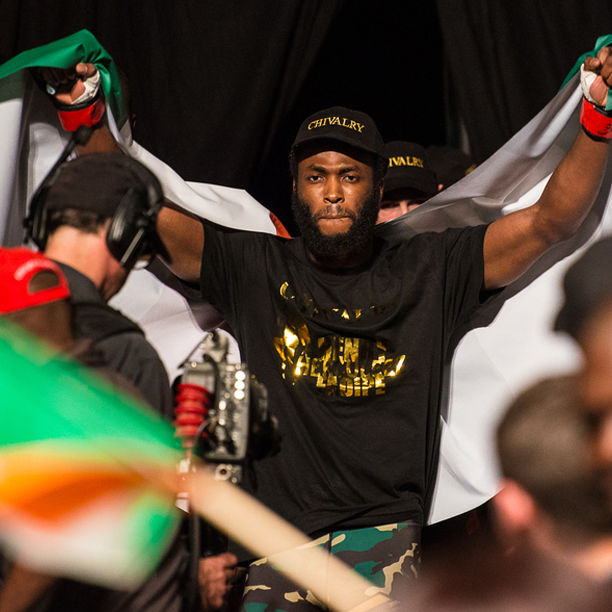 Cape Town, South Africa – Former welterweight champion Henry ‘Herculeez’ Fadipe was scheduled to make his return to the Hexagon this Saturday on the main card of EFC 42 against DRC’s Francois ‘Frenchman’ Kabulu. Unfortunately, due to unforeseen complications at the embassies in Dublin, Fadipe does not have a VISA which will allow him to travel to South Africa in time for Saturday night.

“It is really unfortunate for Fadipe that this has happened,” stated EFC president Cairo Howarth. He added, “I know he was hard at training, on weight and really excited to get back in the Hexagon.”

VISA related issues have affected a number of MMA organisations in recent months; recently the UFC have had several athletes pulled from a card for the same reason. With so many athletes travelling from around the world to compete at major MMA events, it is inevitable that unfortunate situations like this will take place.

“We are working really hard to ensure that this does not happen to Fadipe or anyone at EFC again,” stated EFC matchmaker Graeme Cartmell. He continued, “He is called ‘Herculeez’ for a reason, Fadipe has been a nearly unstoppable force in EFC, having only ever lost once inside the Hexagon and that was on points to Adam Speechly. I was super pumped to see him back in action again proving why he was and could once again become the champ.”

With a sudden opening on the main card, one young and hungry welterweight wanting to prove himself stepped up to the challenge of the late notice to face the formidable Kabulu. Cape Town will once again bare witness to the controversial Mark Hulme. The last time Cape Town fans saw him in action, he defeated Shaun de Lange in an epic ‘Fight of the Night’ that has kept fans talking since. Hulme had already been in camp preparing for another athlete and jumped at the opportunity get back in the Hexagon sooner.

Two aggressive athletes with conflicting styles now go head-to-head when Kabulu and Hulme clash inside of the Hexagon this Saturday.